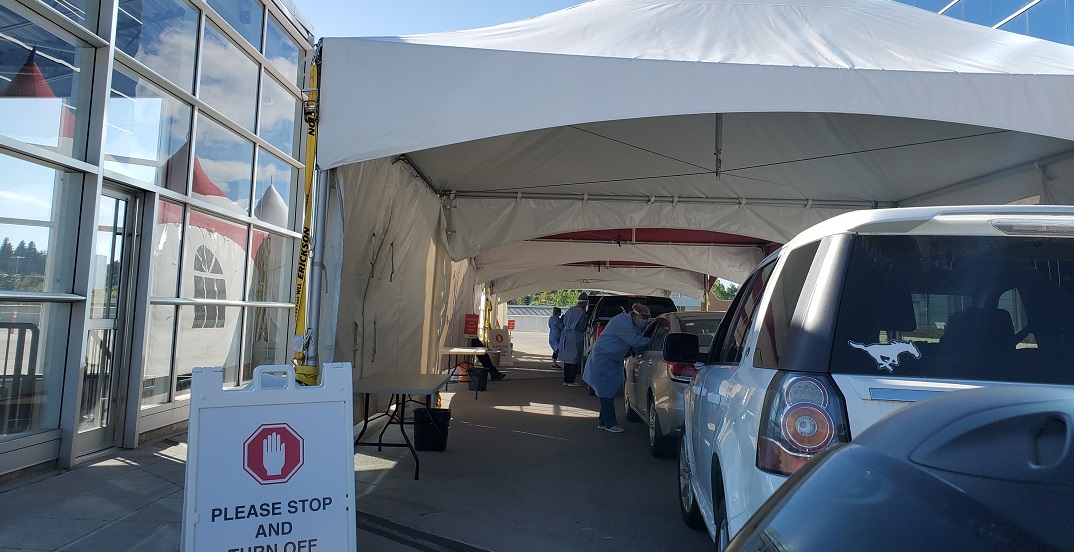 I just got tested for coronavirus.

I woke up a few days ago with a sore throat and a tired body, and I wasn’t sure if that was the result of the beers I’d drank the day prior or the people I’d been drinking those beers with.

It was one of only a handful of social outings I’d attended during this COVID-19 summer, and though we were trying to maintain space by hanging out at a park and then at a reserved patio table, I will admit that some conversations were a little closer than what Dr. Deena Hinshaw might have deemed appropriate.

Plus, no one was wearing a mask.

I don’t just mean the group I was with, I mean no one at that sunny-Sunday-level-of-busy park was wearing a mask.

I had my trusty travel bottle of hand sanitizer in tow, which was applied liberally, but the sore throat that reared its ugly neck the following day had me questioning just how safe I’d actually been playing it the day prior.

In Tuesday’s press conference Dr. Hinshaw mentioned that there had been an alarming rise in cases among Alberta’s younger population (to which I belong) alongside a rise in new daily cases following the initial decline we saw in May.

She stated that she, along with Premier Jason Kenney, was “concerned with the rise in cases we are seeing.”

“Also of concern is the younger age of people infected with the virus,” she said.

“Over the past two weeks, 780 new cases have been identified in the province, with 57% of these cases being under the age of 40. Of these, 30% have not yet been linked to any known source.”

So, fearing that I might be adding to those troubling statistics, I decided it was finally time to get myself tested.

I’m hardly the first to do so. Just last week the Province of Alberta announced it had surpassed half a million coronavirus tests over the span of the pandemic — even accounting for Albertans who may have been tested multiple times, that’s still a sizeable portion of the population.

It makes sense that Alberta is a “world leader in coronavirus testing,” which Premier Kenney so rarely fails to mention, as the process is actually quite straightforward.

Starting at the Province of Alberta’s coronavirus self-assessment tool, Albertans will go through a laundry list of yes or no questions regarding symptoms.

One “yes” at the third question down the line (“In the past 10 days, have you experienced any of the following: fever, new onset of cough or worsening of chronic cough, new or worsening shortness of breath, new or worsening difficulty breathing, sore throat, runny nose”) was all it apparently took to constitute a test.

It also prompted a warning that I was “legally required to self-isolate” until I got negative test results back, and that if I didn’t get a test, I’d have to stay self-isolated for “10 days from the onset of symptoms AND until symptoms have resolved (whichever is latest).”

From there, you fill out the usual personal information (name, birthday, address, health card number, etc.) and it takes you to a page showing your closest testing location and the available testing dates.

The earliest I could get tested at my closest centre wasn’t until Friday, though, and I wasn’t about to wait around for five days stressing about whether or not I was harbouring the virus, so I tried out a few different Calgary postal codes in the search function until I found a location that had a spot open for Tuesday.

It was a bit further of a drive, but it’s not like I had anywhere to be anytime soon.

The drive-thru testing site was set up in the parking lot of a hospital, and there were plenty of signs directing where to go. A worker stationed at the entrance of the lot asked me my name and when my appointment was before waving me on through. 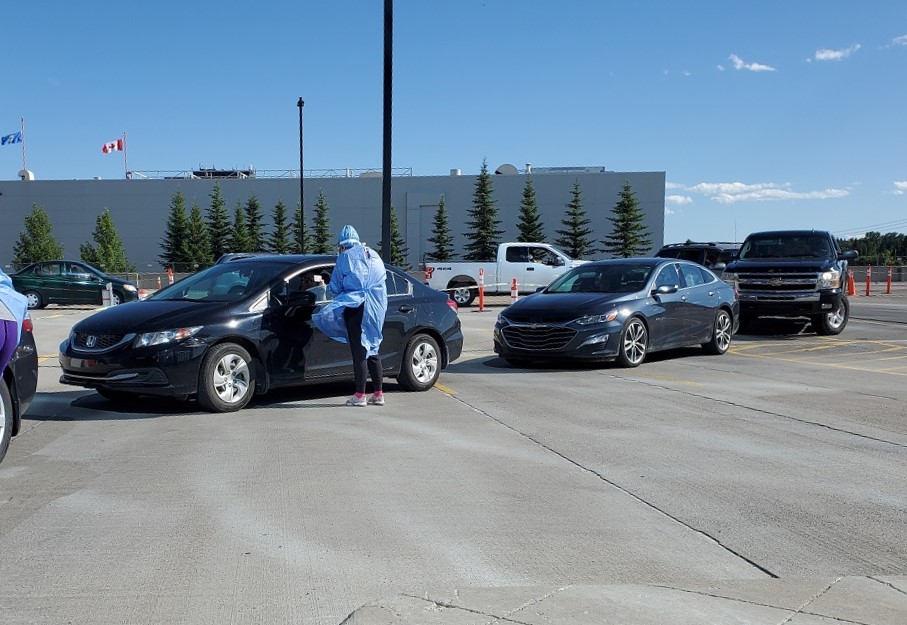 The lineup was around a dozen cars long, though they appeared to move through groups of four or five at a time, so it was only around 15 minutes before I was pulled up under the tents.

A healthcare worker came out, asked to see my ID and health card, asked if I had any symptoms, and then proceeded to poke the back of my throat with a cotton swab.

It definitely didn’t hurt, though it was mildly uncomfortable.

It wasn’t nearly as bad as I’d expected, given that I was thinking they were going to jam a stick up my nose or something.

…And that was it. They said I’d get a call sometime in the next two to four days with results, that I was to self-isolate until then, and that I was free to go.

The whole ordeal took about 20 minutes, not counting driving time, and even less than that to schedule.

My sore throat actually went away the next day and no other symptoms have appeared (yet), but I’m definitely not taking any chances seeing as I haven’t received my results yet.

I like to think that I would still have gone for a test even without the onset of a sore throat, as asymptomatic testing is being offered at pharmacies throughout the province, but I can’t honestly say for sure that I would have — even given the social situation I’d found myself in over the weekend.

I can’t help but admit guilt over feeling the same sentiment that Dr. Hinshaw summed up in the Tuesday’s press conference:

“This pandemic has been a long haul, and I worry that Albertans may be starting to tune the messages out. It can seem like old news and many are tired of hearing this information,” she had said.

“This is a reminder that COVID-19 can spread quickly, and cases can arise rapidly if we don’t all do our part.”

It turns out that getting tested for coronavirus is actually a lot easier than I’d expected it to be, but that’s just one part of the wide range of measures that we all need to take to keep this thing from erupting all over again.

Constant physical distancing, wearing masks, and turning down social engagements can feel a lot tougher than getting your throat swabbed — especially given that we’ve been at this for about four months now — but they’re all vitally important measures to abide by during this ongoing pandemic.

Something I apparently need to keep reminding myself of, too, because we’re definitely not out of the woods yet — no matter how much we want to believe we are.