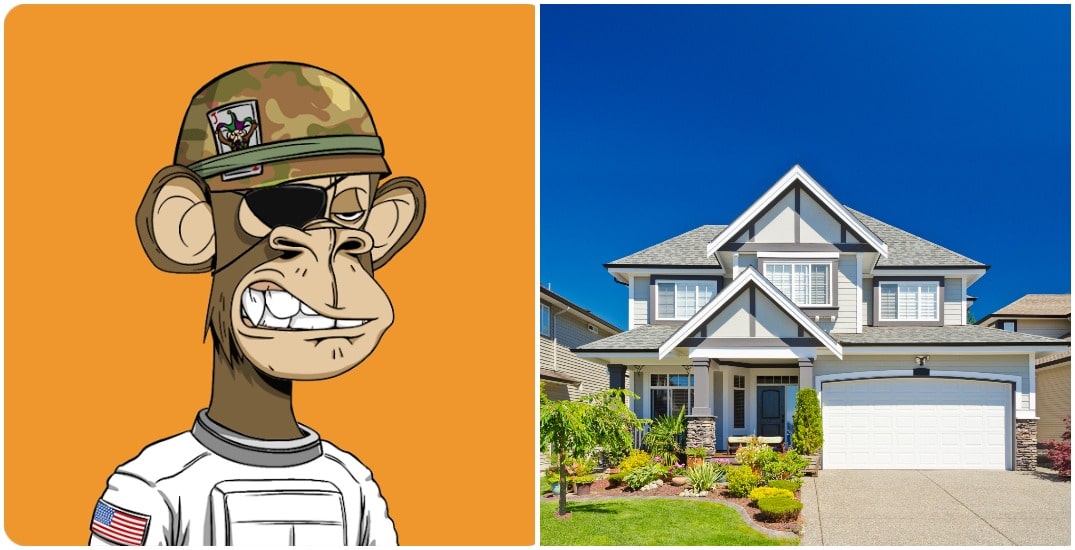 Step aside, paper clip. A Vancouver-based artist is willing to part ways with his Bored Ape Yacht Club NFTs if you have a house in the city to trade.

Montreal-born Frederic Duquette aka Fvckrender is a futuristic tech-digital artist and a prominent creator in the international non-fungible token space.

Fvckrender announced yesterday through his Instagram story and Twitter account that he was looking to trade four of the highly-sought-after Bored Ape NFTs for a house in Vancouver.

“You don’t know if you don’t try,” Fvckrender wrote in his Twitter trade proposal.

According to the NFT marketplace OpenSea, three of the four Bored Ape Yacht Club NFTs that Fvckrender has offered for trade can be purchased for a collective 439 Ether with a value of over $1 million dollars. The fourth is currently listed with a “make offer”.

Fvckrender’s tweet has already received a variety of trade offers and replies, some a little less serious than others.

One person offered a fixer-upper of a houseboat.

I got you…. 😂 Would be easier to move…. pic.twitter.com/DFEO8VHSh1

While Jonathan Simkin, President and co-founder of 604 Records, offered to trade some unique artwork in exchange for the Bored Ape NFTs.

Can’t trade you my house. I think my wife would get pissed off. BUT….how about this sweet original @victormosquerar Post-it portrait of @Mad_Dog_Jones? pic.twitter.com/yVuILljR6E

Bored Ape Yacht Club NFTs is a limited collection of 10,000 apes NFTs that launched in April 2021. The NFT Collection can be purchased with Ethereum’s cryptocurrency and has boomed in popularity with celebrities, sports stars, and companies purchasing the digital artworks.

Fvckrender is an acclaimed NFT artist in his own right, with artworks that have been auctioned off through Christies and Sothebys. A creator with H+ Creatives graphic services agency, Fvckrender has worked with a variety of clients including Supreme, Lil Nas X, Cirque du Soleil, and Lebron James.

Closer to home, the futuristic tech-digital artist donated cypto to support DD Mau’s Chinatown location after it was forced to recently close due to a massive flood.