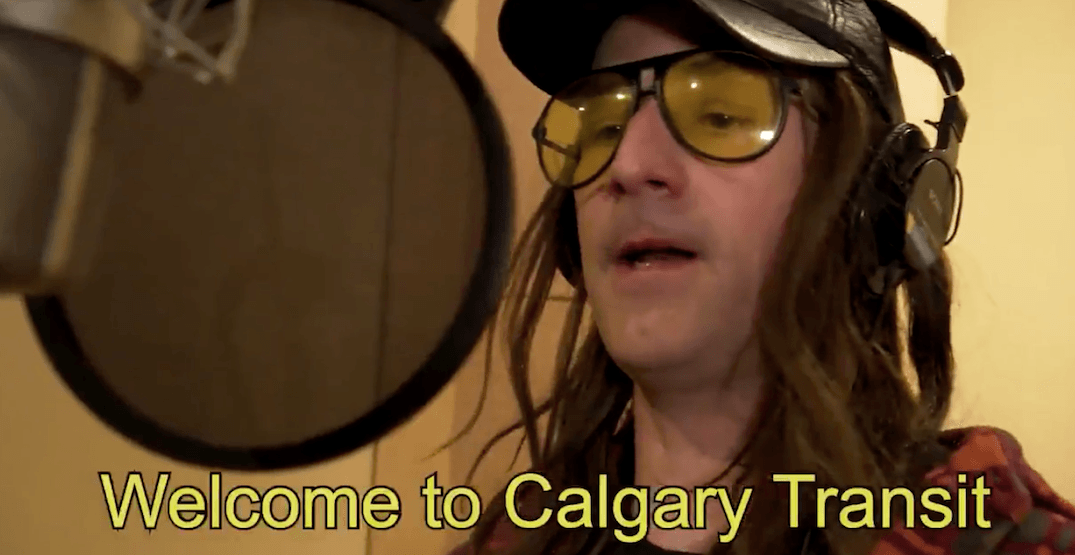 Seth Rogen has some competition.

After the Canadian-born actor made it (somewhat) clear that he would be willing to voice the Calgary Transit line if asked — he has been approved to voice announcements for both the Vancouver and Toronto transit systems in the past month — Alberta’s own Terry Cahill decided to throw his hat into the ring as well.

Terry, who is best known for co-starring in the 2002 mockumentary FUBAR, uploaded a video to his Twitter page on August 3 that gave Calgarians an idea of what it would be like to hear his voice as they made their morning commute.

Hey @Sethrogen theres no hope for you to be the voice of @calgarytransit. #TERRY4TRANSIT pic.twitter.com/e4KCrjSGxn

“Welcome to Calgary Transit, where we’ll whip you around the city if yer loaded or not,” and “If they got a dog for the blind you ain’t supposed to pet it,” are just a few of the new announcements that could be heard along Calgary’s bus and CTrain lines if Terry is approved.

To Terry’s credit, his Tweeted video actually got the attention of Calgary Transit’s account, something that not even Rogen managed to do.

That throws a whole new wrinkle into the mix doesn’t it.

It’s definitely a longshot for us to actually hear Terry as the voice of Calgary Transit anytime soon (a few of his announcements aren’t quite suitable for young audiences), though we’re just happy to see that he tried.