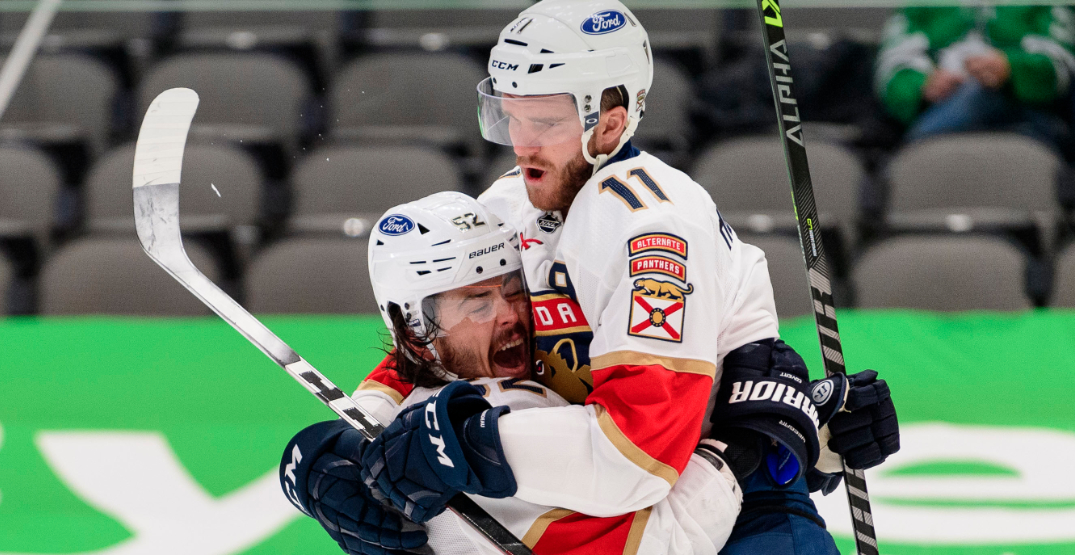 Turns out swapping Matthew Tkachuk for Jonathan Huberdeau and MacKenzie Weegar is already a win off the ice for Calgary Flames fans.

The Flames’ odds to win the Stanley Cup in 2023 improved sharply after the dramatic swap last Friday night, moving Calgary from +2100 to win the league before the trade to +1600 after the announcement, according to FanDuel.

It was the biggest overnight swing following the trade, and moves the Flames into the sixth-best odds to hoist the cup alongside Pacific Division and Alberta foe, the Edmonton Oilers.

Calgary wasn’t the only one to receive a bump from the trade, either.

The Flames are holding high after an offseason of turnover.

Calgary lost Johnny Gaudreau to the Columbus Blue Jackets in unrestricted free agency on July 13, and a week later were informed that Tkachuk wouldn’t be signing a long-term contract with the club.

It prompted the surprising swap with Florida, which saw the NHL’s first true sign-and-trade.

The Flames inked Tkachuk to an eight-year deal worth an average annual value of $9.5 million per season, and immediately flipped him to the Panthers in exchange for Huberdeau, Weegar, prospect Cole Schwindt, and a conditional first round pick in the 2025 NHL Draft.

Huberdeau, an unrestricted free agent next summer, also finished with a career-high 115 points (30 goals, 85 assists) — tied for the second-highest in the NHL in 2021-22 alongside Gaudreau. Weeger, a right-shot defenceman who is also a pending unrestricted free agent at the end of the season, also netted an NHL career-high 44 points (eight goals, 36 assists) in 80 games.