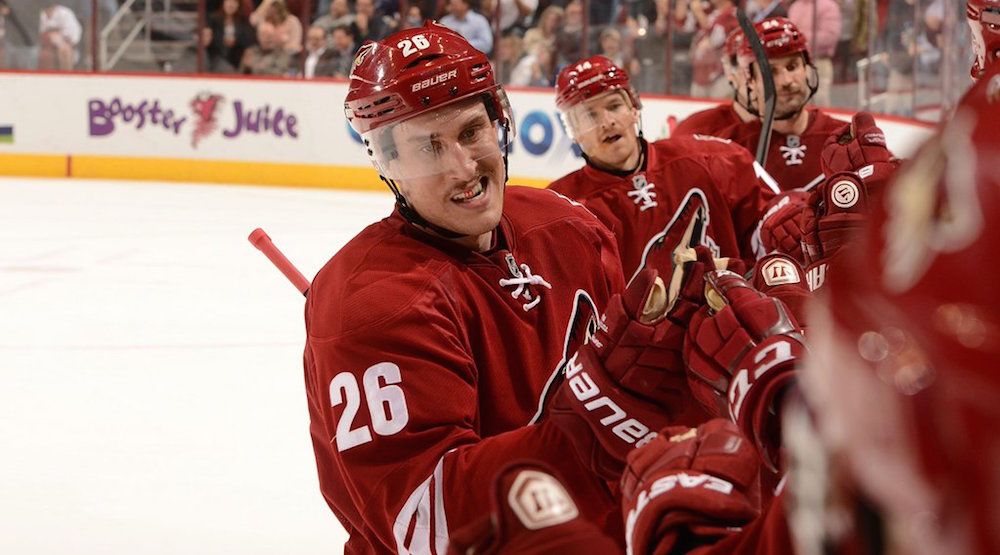 The Calgary Flames have got a jump on the trade deadline, as GM Brad Treliving has pulled the trigger on a deal to acquire defenceman Michael Stone from the Arizona Coyotes.

In return, the Coyotes will receive Calgary’s third-round selection this season, and a conditional fifth-round pick in 2018.

The 26-year-old from Winnipeg is in the last year of a deal that pays him $4 million per season. Stone is set to be an unrestricted free agent at season’s end.

The acquisition of Alex Goligoski and the emergence of Anthony DeAngelo contributed to Stone’s power play time diminishing this season, and consequently his offensive numbers have dropped as well. Stone has just one goal and eight assists in 45 games this season.

Looking beyond traditional statistics, Stone’s underlying numbers aren’t favourable this season. His even strength Corsi-For percentage (42.5%) is the worst of all Coyotes defencemen this season.

But if you look at last season, Stone trailed only Oliver Ekman-Larsson in Corsi (47.6%), for second among all Arizona d-men.

Given his age and what he has shown early on in his career on a bad Coyotes team, there should be some uncertainty with Stone with regards to how good he can be.

In the short term, he brings more depth to Calgary’s blue line, as the team attempts to qualify for the playoffs. Long term, he could be re-signed as a right-side replacement for Dennis Wideman, who is a pending UFA.