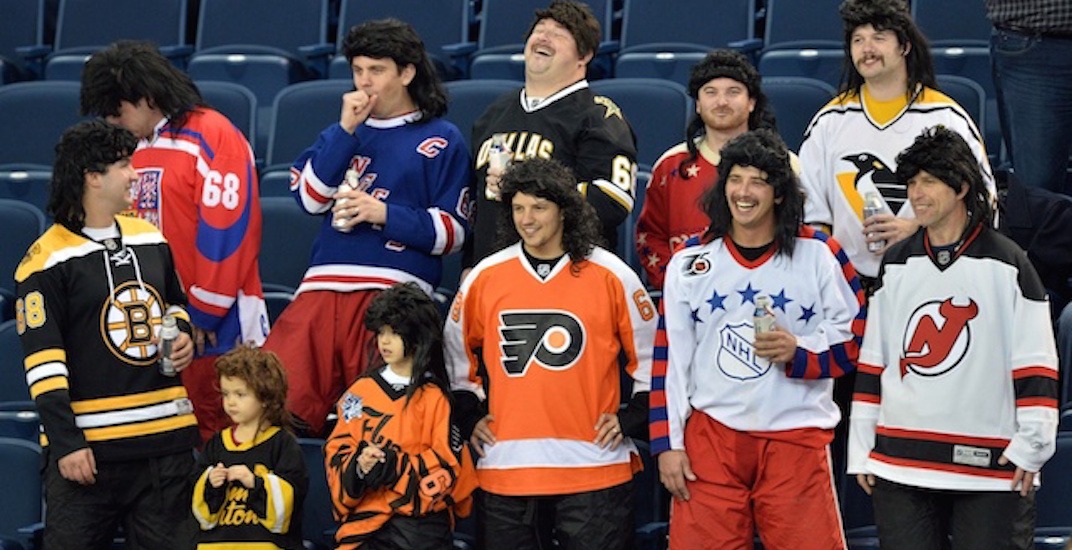 Jaromir Jagr has signed on with the Calgary Flames for a one-year, $1 million contract (plus bonuses), and Twitter is already going nuts.

This will be the ninth NHL team for the 45-year-old in his career, and likely where he will surpass Gordie Howe’s all-time games played record – as he only needs 56 more under his belt.

Flames fans have already embraced the old hand as a new addition to the Calgary roster, and many feel that it is the perfect spot given some… similarities Jagr has with the team’s logo.

First snowstorm of the season and the #flames sign a living legend. That’s a pretty darn good start of the week I’d say. #yyc #jagr

Calgary: “Flames can’t continue playing in the Saddledome.Nothing that old is still good”

Well played Flames, can’t get the city to pay for a new arena so we’ll just pay for it with Jagr Jersey sales

It’s snowing outside and Jagr signs with the flames. I thought Christmas was supposed to be in December. #GoFlamesGo #hockeysback

The full journey for the Jagr/Flames signing as a fan. pic.twitter.com/EODBUP0Byg

Not my best effort but whatever. 🙂 pic.twitter.com/94mtS5tB4z