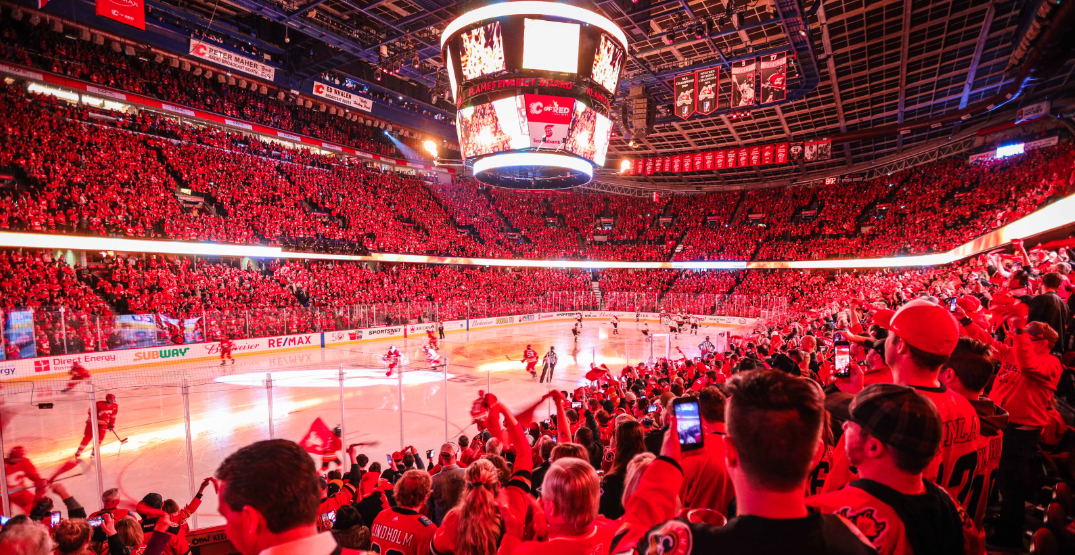 Whether he’s standing on the blue line or the bench as the Stanley Cup Playoffs return to the Saddledome on Tuesday night, Calgary Flames defenceman Rasmus Andersson will ensure he takes a moment to soak it all in.

It’s been a few years, after all, since he’s felt the full impact of the C of Red.

“It gives you the chills and it gives you a little bit of goosebumps,” Andersson said. “It’s fun.

“I think it’s hard to describe, really. It’s exciting. It’s fun. It’s what we’ve been waiting for all year, to get here and get to this point and finally start playing too. It’s something you’ve got to just take in and really enjoy it for sure. It’s special.”

Understandably so. The last time the Flames skated on true home ice in the playoffs came with a bitter ending.

Calgary was unceremoniously dumped in Game 5 of the first round by the Colorado Avalanche in 2019, eliminating the team in the process after an incredible season that saw the group finish first in the Western Conference.

Needless to say, they’re ready for that C of Red energy.

“It’s a great time, the playoffs. It’s a lot of fun. It’s great to see the fans of the city come together. Just a lot of excitement.”

That excitement comes after a Pacific Division-winning season that has Calgary set to host the visiting Dallas Stars.

It’s the same franchise the Flames last faced in the playoffs — the bubble scene in Edmonton after the 2019-20 campaign was paused and placed within the confines of Rogers Place up north to allow postseason play.

It was, of course, played in front of no fans.

The Stars, who happened to visit the ‘Dome a week-and-a-half ago in a regular-season skate, are equally as amped to return to playoff hockey in front of fans.

Regardless of arena or allegiance.

“We know this place is going to rock tonight,” said Dallas coach Rick Bowness, whose Stars — like the Flames — also failed to qualify for postseason play last year. “Our place will rock when we go back. The fans bring the excitement to a whole ‘nother level. It’s the fans and the excitement and the noise in the building and the ebbs and flows of the game that make it that much more exciting.

“You step out on that bench and it’s rockin’.”

Behind the bench? Yep.

On the ice? Of course.

In the stands? Naturally.

The Flames have planned a free outdoor viewing party for home games during the playoffs, complete with a jumbo screen, to let the action spill out into the parking lot.

The city as a whole is ready.

“That’s a good thing. That’s a fun thing,” Calgary coach Darryl Sutter said. “We haven’t had it for a number of years. Watch the games last night? Two Canadian cities was awesome. From start to finish it was rockin’. We get it here.

“It’s the best part of being a playoff team in Canada, is for your fans and for your players.

“They have the right to be loud.”