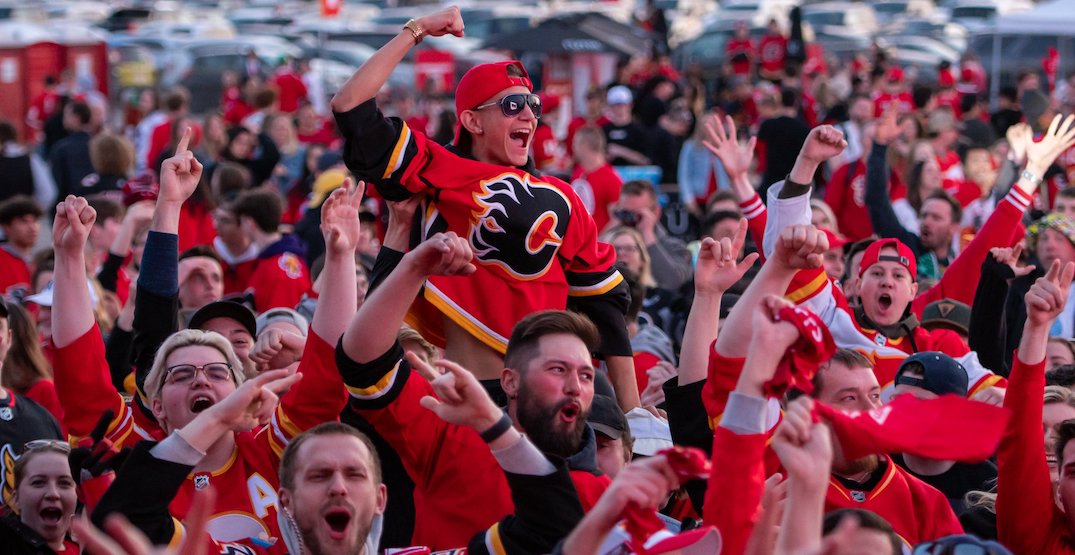 Fans asked for it, and the Calgary Flames have delivered.

For the first time in these playoffs, the Red Lot will be open for a Flames road game.

The Flames have announced that their popular outdoor viewing party will be open for Friday’s game, in which Calgary has the opportunity to eliminate the Dallas Stars from the Stanley Cup Playoffs.

“Flames fans, we heard you loud and clear,” the team said in a media release.

Thousands of fans have filled up the Red Lot Community Viewing Party, which has given Flames fans without tickets to the game a chance to come together.

The event, which takes place in Lot 3 at Stampede Park, just outside the Saddledome, is free of charge and available for fans of all ages. It’ll open three hours prior to puck drop, at 4:30 pm MT. Make sure to get there early, because there are capacity limits.

A big screen has been set up for fans to watch the game, along with a number of other fun activations. There’ll be music courtesy of the Boogie Hill Faders, interactive stations, prize giveaways, as well as food and drinks.

In addition, the Flames say there will be live appearances from Flames alumni, Harvey the Hound, Terry Cahill, On The Bench, and Red City Drumline.

The Flames took a 3-2 series lead on Wednesday after a third-period comeback win over Dallas in Game 5. Calgary hasn’t reached the second round of the playoffs since 2015.