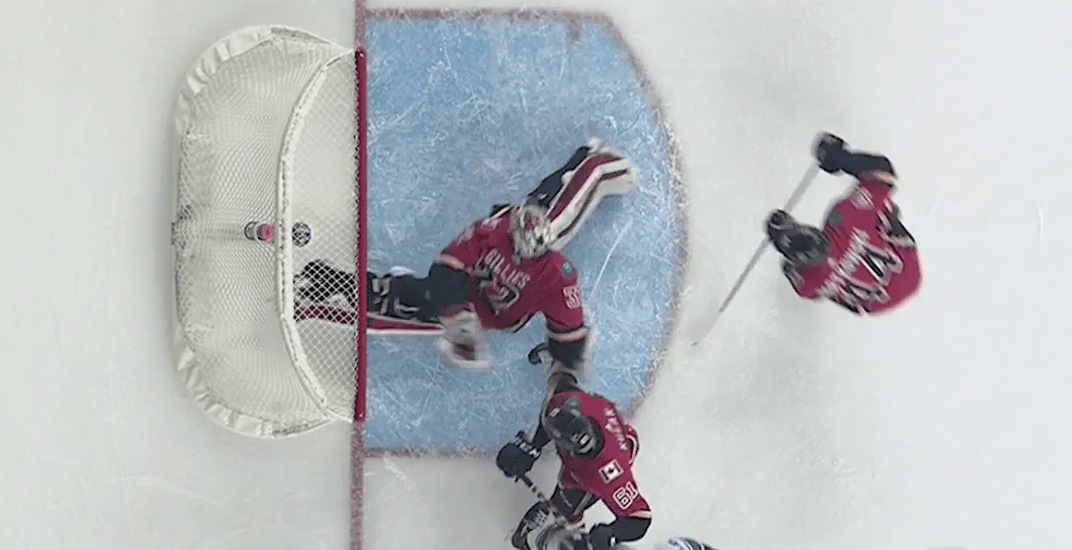 Jon Gillies won’t be on the Calgary Flames’ opening night roster, but maybe he should be.

With saves like this, you could make the case.

Calgary’s third round pick in the 2012 draft made an incredible save in the second period of Wednesday’s preseason game against the Vancouver Canucks. With the puck taking an unusual bounce, popping into the air and landing on his back, it looked to be a sure goal. But Gillies had other ideas, making a desperation swipe at the puck behind his back.

It’s the best save you’ll see all year.

And again with sound:

This save is so insane, you need to see it from a few angles. pic.twitter.com/qztlqKfnX3