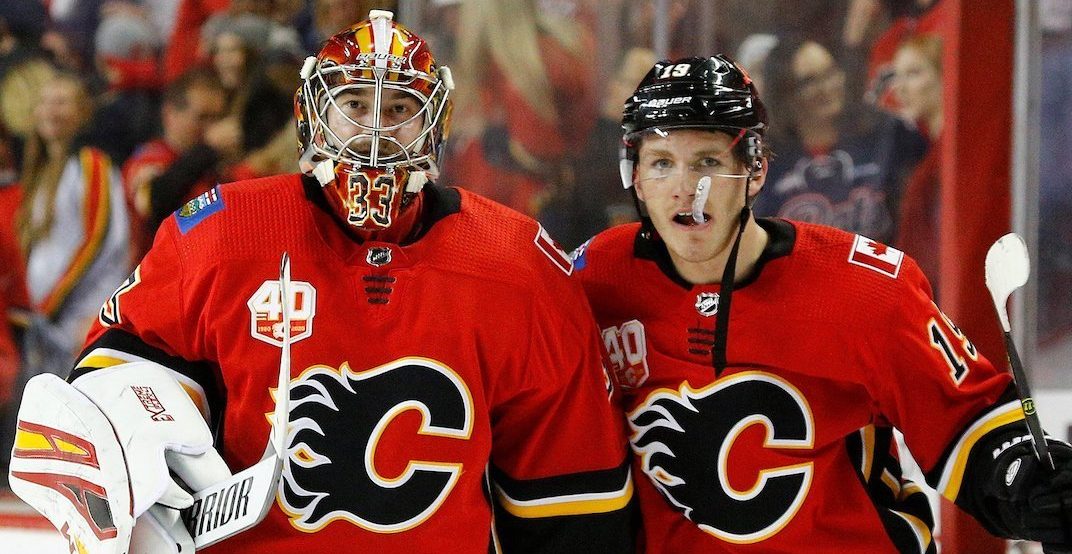 If/when the NHL returns to play this summer, the Flames will be in the playoffs.

The format, Friedman says, would include eight best-of-five “play-in” series, involving the teams seeded from #5 to #12 in each conference. The top four teams in each conference would not have to play a play-in series, but would participate in their own three-game tournament to get game-ready, which would affect playoff seeding according to Sportsnet’s Chris Johnston.

The playoffs would be conference-based with teams seeded by points percentage, meaning the Calgary Flames would finish eighth in the Western Conference. That would set up a best-of-five series against the No. 9 seeded Winnipeg Jets.

The winner of the Flames-Jets series would play the No. 1 seed (currently the St Louis Blues) in a seven-game series, in what would amount to the first-round of a traditional 16-team Stanley Cup playoffs.

Whether the NHL considers the play-in games to be “playoff” games will matter for a few reasons, as it could have ramifications on the draft lottery as well as completing trades like the Milan Lucic-James Neal deal.

The Flames and Jets played each other just once this season, at the Heritage Classic in Regina, as their final two games against each other were both postponed. Winnipeg won that lone game 2-1 in overtime back on October 26.

Calgary has played the previous incarnation of the Jets in the playoffs on three occasions, in 1985, 1986, and 1987. Two of those three series were also best-of-five, with Winnipeg winning on two occasions (1985 and 1987). Calgary came out on top in 1986, beginning their run to the Stanley Cup Final that year.