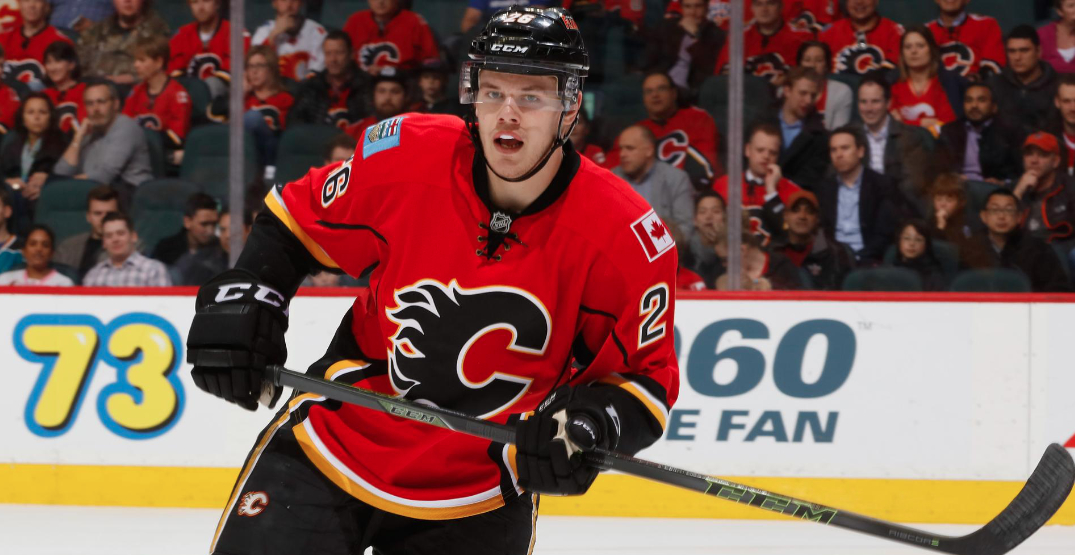 There won’t be NHL participation at the 2022 Beijing Olympics, but Canada’s roster at the event could still have a couple of ties to the Calgary Flames.

Adam Cracknell and Tyler Wotherspoon, each drafted by the Flames, are reportedly on a “long list” of candidates to represent Canada at the tournament, according to The Athletic’s Scott Wheeler.

Adam Cracknell, selected in the ninth round (No. 279) of the 2004 NHL Draft, is on Canada’s radar. He never suited up for Calgary but had 43 points (21 goals, 22 assists) in 210 games over parts of nine seasons with the St. Louis Blues, Columbus Blue Jackets, Vancouver Canucks, Edmonton Oilers, Dallas Stars, New York Rangers, and Anaheim Ducks.

Cracknell has 14 points (four goals, 10 assists) in 39 games this season for the Bakersfield Condors, the American Hockey League affiliate of the Edmonton Oilers. He previously represented Canada at the 2018 Spengler Cup.

Tyler Wotherspoon, selected in the second round (No. 57) o the 2011 NHL Draft, played 30 games over parts of four seasons with the Flames. He had five points, all assists, in a minus-8 rating from 2013-2017. He’s spent the past five seasons playing in the AHL.

Wotherspoon has international experience as well. He represented Canada as a member of Team Pacific at the 2009 World Under-17 Challenge and was on Canada’s entry for the 2013 World Juniors.

Devan Dubnyk, who played minor hockey in Calgary, is on Wheeler’s list, as was Jake Virtanen, who was bought out by the Canucks last summer after a leave from the team following sexual misconduct allegations. Virtanen, who currently plays with Moscow Spartak of the KHL, played for the Calgary Hitmen from 2012-2015.

According to Wheeler, here’s the complete list of rumoured names on Hockey Canada’s radar:

There are questions pertaining to the eligibility of some players on Wheeler’s list, with players like Krebs, Perfetti, and Quinn currently on NHL contracts and playing in the American Hockey League.

The NHL and NHLPA came to an agreement to withdraw from the Olympics. The decision was made as a result of rising cases of COVID-19 and the highly-infectious Omicron variant.

NHL players attended every Winter Olympics from 1998 to 2014, but the league skipped the 2018 tournament. Participation in the 2022 and 2026 Olympics was negotiated into the NHL’s most recent Collective Bargaining Agreement.

Canada is scheduled to open the Olympic tournament on February 10 against Germany. They will also play preliminary round games against the United States on February 12 and versus China on February 13.