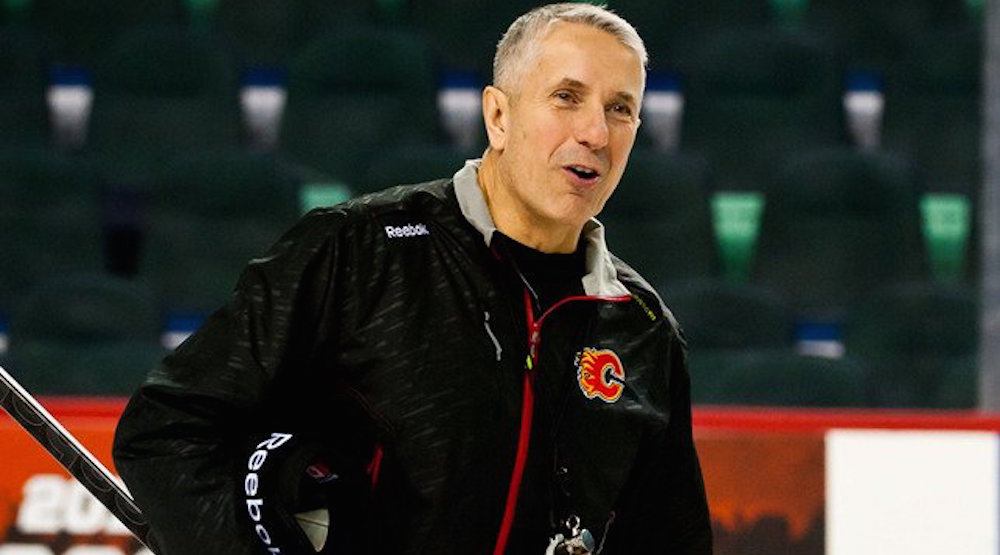 Out of the NHL for now, Bob Hartley is not done coaching.

The 56-year-old old former Flames bench boss has been hired to coach the Latvian national team.

“I’m excited for the newest challenge in my career as a coach,” Hartley told Martin Merk of IIHF.com. “It will be my first experience working with a national team and I’m grateful to the Latvian Hockey Federation for giving me the opportunity and confidence.”

The former Jack Adams Award winner follows in the footsteps of another former NHL Coach of the Year in Ted Nolan, who led Latvia to a berth in the 2014 Olympics. Canadian hockey fans will remember Latvia’s eighth-place Olympic appearance, as they nearly beat Team Canada, losing 2-1 in the quarterfinal.

Nolan’s work with Latvia eventually helped him get another job in the NHL, with the Buffalo Sabres.

With 13 seasons as an NHL head coach on his resume, don’t expect Hartley to be out of the league for long, despite a disappointing end to his tenure with the Flames last season.

Hartley is no stranger to having to work his way back into the league. He went nearly five years without an NHL job after being let go by the Atlanta Thrashers in 2007. Hartley went to the Swiss League for one year in 2011-12, proving himself again by winning a championship with Zurich SC.