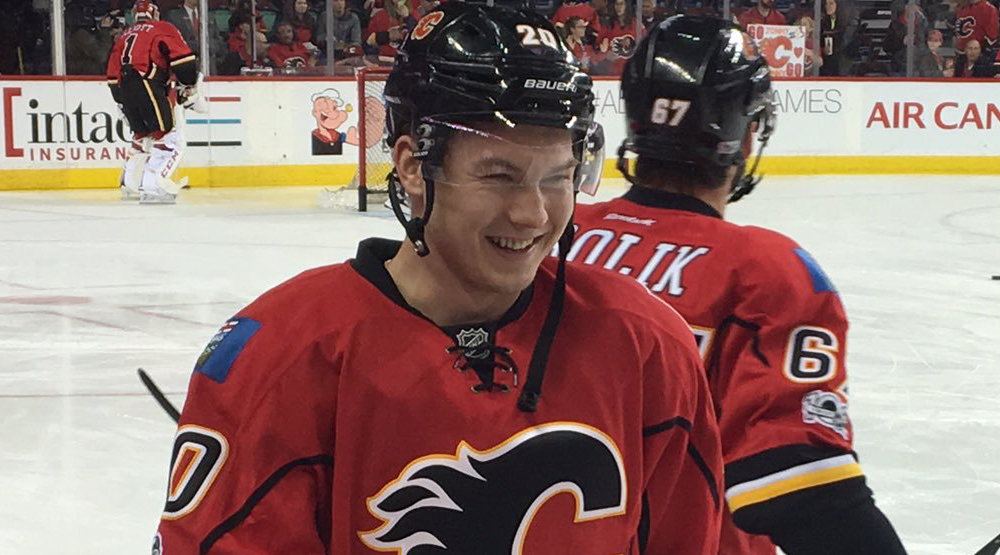 They say the definition of insanity is doing the same thing over and over again and expecting different results.

It appears Flames head coach Glen Gulutzan subscribes to this theory. Kind of.

Despite an .887 playoff save percentage, Brian Elliott will indeed get the start in goal over backup Chad Johnson.

But up front, Gulutzan is making major changes, as Matt Stajan and Lance Bouma will sit in Wednesday night’s pivotal do-or-die Game 4 against the Anaheim Ducks.

In their place will be forwards Curtis Lazar and Freddie Hamilton.

Lazar has been given few opportunities to prove himself since being acquired from Ottawa at the trade deadline.

Appearing in just four games with the Flames, Lazar had three points (1-2-3) in four regular season games with his new team. After being a healthy scratch for the first three games of the series, he’s raring to go.

“I’ve waited for this opportunity for some time now,” Lazar told reporters after practice. “There’s nothing better than playoff hockey.”

What can Lazar bring to the table?

“A little bit of energy,” Lazar answered. “Play a strong, physical game. Keep the fans in it for a solid 60 minutes.”

Hamilton, for his part, has only appeared in 26 games for Calgary this season, notching just two goals and zero assists.

Lazar and Hamilton will play with Troy Brouwer on what amounts to Calgary’s fourth line.

While benching Bouma shouldn’t come as a major surprise, having Stajan take a seat should raise some eyebrows. The Flames centre has been a fixture in Gulutzan’s lineup, appearing in 81 games this season.

Gulutzan is looking for a spark – a rallying cry – from his group, who desperately need it.

Calgary is down 3-0 in their series with the Ducks. Teams down 3-0 have gone on to lose the series 180 times in 184 tries in NHL history.

The odds are stacked against them, but coming back is not impossible. But to do it, they’ll need to start with a win in Game 4.