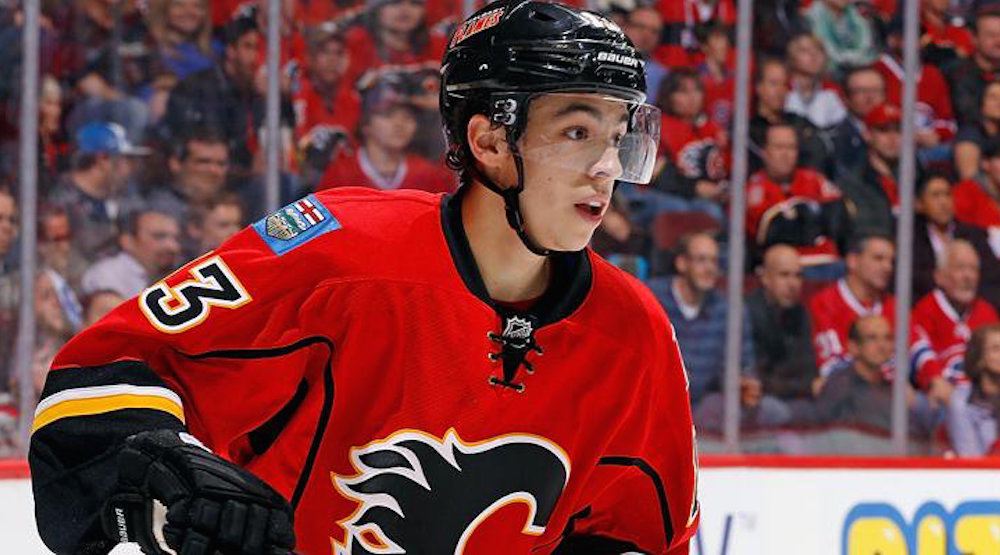 The Flames are down 3-0 in their series with the Anaheim Ducks, and after blowing a big lead in Game 3, it feels like Calgary is dead and buried.

But they can do this.

No, seriously, they can.

Now, don’t get me wrong, the odds are stacked against them. But yes, I’m telling you they’ve got a chance.

1. The Flames have been unlucky

Calgary trails 3-0 in the series, but this hasn’t been a beatdown.

The Flames have lost all three games by just one goal and outshot the Ducks in two of the three games. So despite the 1 versus 4 matchup, this series has been close.

If Calgary eliminates the line change brain fart in Game 1 and gets a reasonable decision on this goal in Game 3, it’s a different series.

Imagine what could happen if a few bounces start going their way.

2. Their goaltending will be better

We all remember how Brian Elliott started his Flames career.

It was not pretty.

Neither have these playoffs for the 32-year-old veteran. By his own admission, he wasn’t very good in Game 3.

Elliott has an .877 save percentage through three games. That’s awful. How awful? So awful that it’s not likely to continue.

Assuming Elliott gets the start in Game 4 (it may full well be Chad Johnson at this point), expect him to rebound with a better performance. He did it in the regular season, why not the playoffs?

3. Gaudreau has more to give

Johnny Gaudreau has just two assists through three games, which is decent for many players, but not by his standards.

Calgary’s superstar has yet to register an even strength point in the series, which is something that needs to change. Based on his track record, it’s something I would expect.

If he catches fire, this is a different series.

4. Anaheim will be overconfident

They think they’ve got the series won, while the Flames will be fighting for their lives. That’s one reason to believe that the Flames can win Game 4.

…And if they do that?

5. The pressure will rise very quickly for the Ducks

The Ducks have a string of playoff failures on their resume. With every victory, the pressure will rise in Anaheim.

Imagine if the Flames win two in a row? They’ll be gripping the sticks a little bit tighter, you’d have to think.

First things first, if Calgary can get a win in Game 4, it gives them a chance. From there, Game 5 should prove to be the hardest game in the series to win. Get past that though? The Flames can do this.