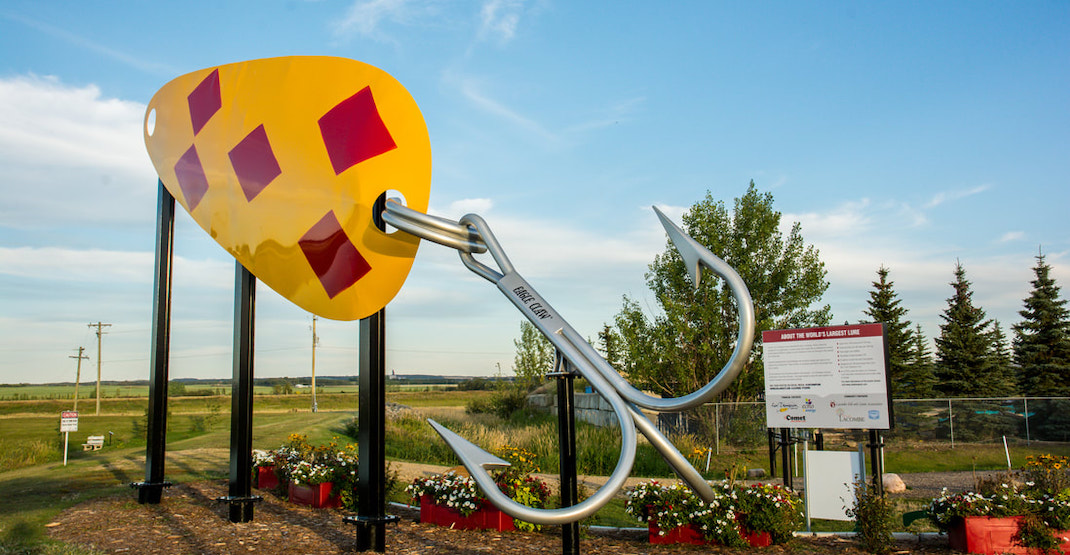 A massive fishing lure in Lacombe, Alberta, has “o-fish-ally” been named the largest in the world. 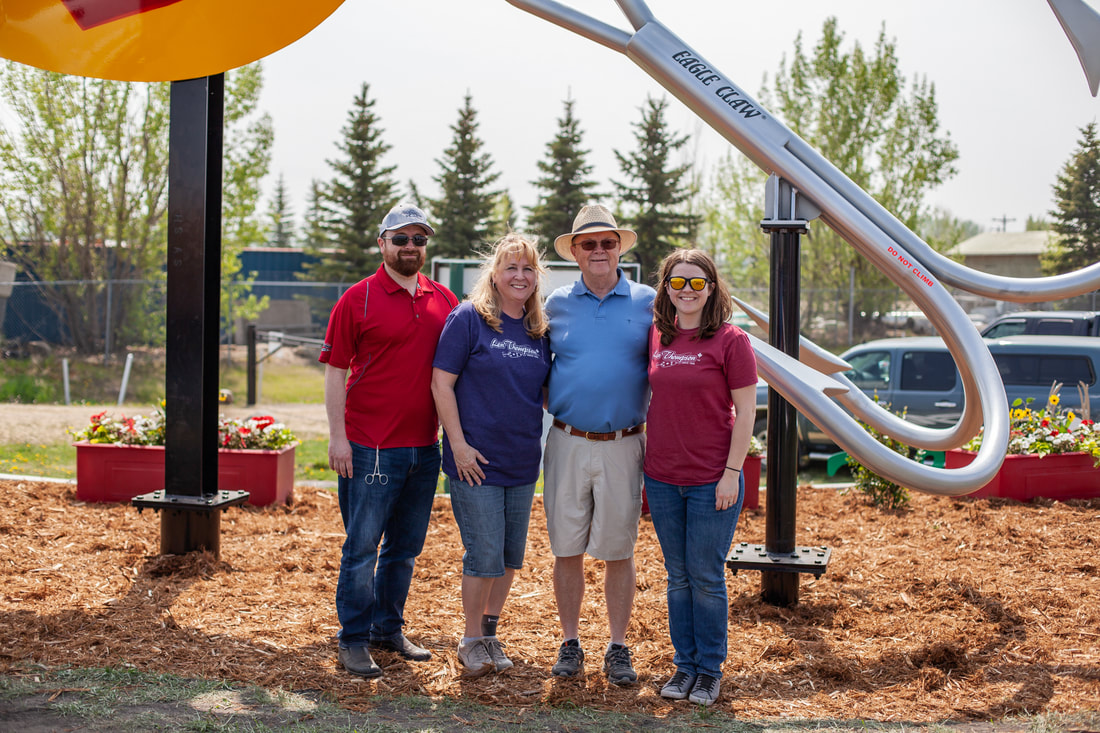 The lure, which is located at the Len Thompson Pond in Lacombe, is situated at the end of Len Thompson Drive and is visible from Highway 2A. It was constructed to celebrate 90 years in business.

“If it inspires just one more person to pick up a fishing rod, take their kids out, or visit our town, we’ve done well,” said Brad Pallister, one of the company’s owners.