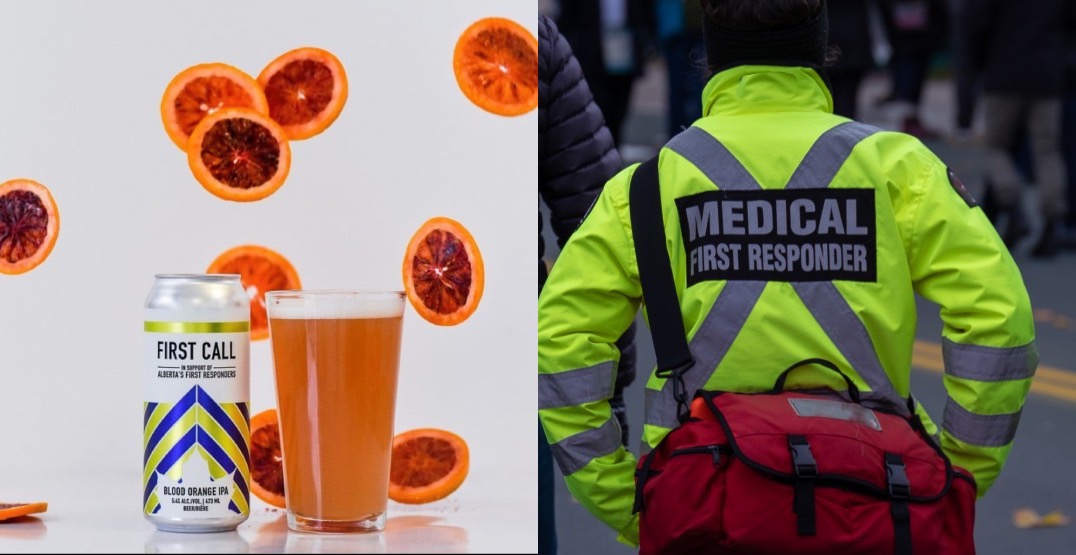 Four different breweries across Alberta have worked together to create an all-new beer called First Call.

One dollar from every four-pack will go to the Legacy Place Society, a charity that makes sure all “First Responders and Military Personnel have user-friendly access to resources to build resiliency and reduce the stigma of mental health concerns as an individual and as a family.”

A portion of the sales from each specific brewery will also be going to a local charity of its choice.

According to the breweries, this limited-edition First Call beer is an approachable blood orange IPA with tangerine, grapefruit, and lime notes with a blood orange twist.

First Call went on sale today in participating Alberta liquor stores; it’s available on draught and in four-packs at all of the four breweries that helped make this beer for a cause.