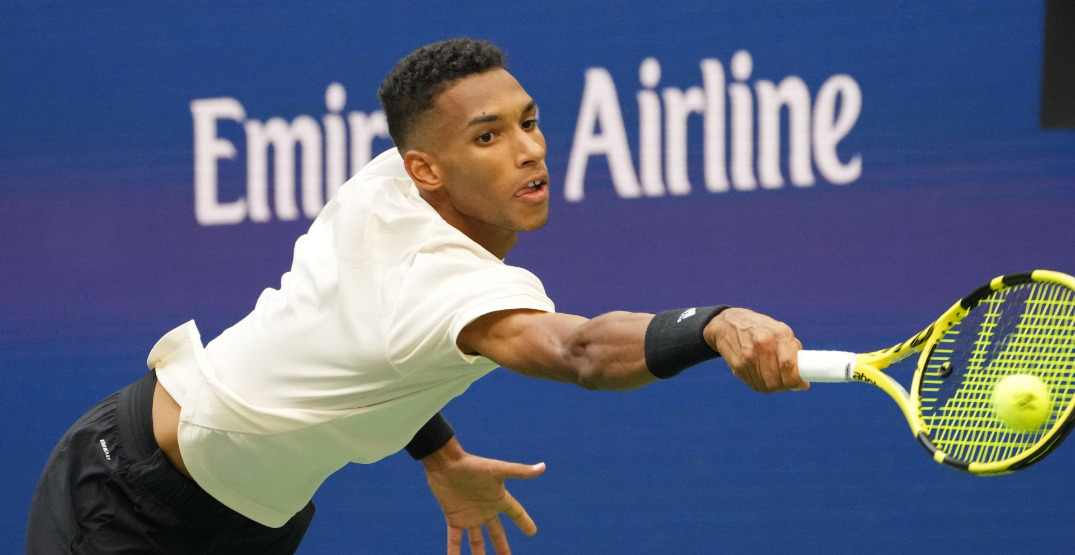 It was a valiant effort, but Felix Auger-Aliassime ultimately fell short of his dream of reaching the US Open final, losing today’s match at Arthur Ashe Stadium, after a miraculous tournament run.

After losing the first set, Auger-Aliassime came out strong in the second, jumping to a 4-2 lead.

Medvedev ultimately proved to be too much for the young Canadian, who also beat himself with some errors and double faults.

Auger-Aliassime had multiple set points in the second set, but could not convert, which proved to be a turning point in the match.

A victory would have marked only the fifth time a Canadian tennis player has ever reached a Grand Slam final, joining the likes of Genie Bouchard, Milos Raonic, Bianca Andreescu and, of course, Leylah Fernandez, who plays tomorrow in the women’s US Open final.

It also would’ve marked the first time a Canadian man ever had reached a US Open final.