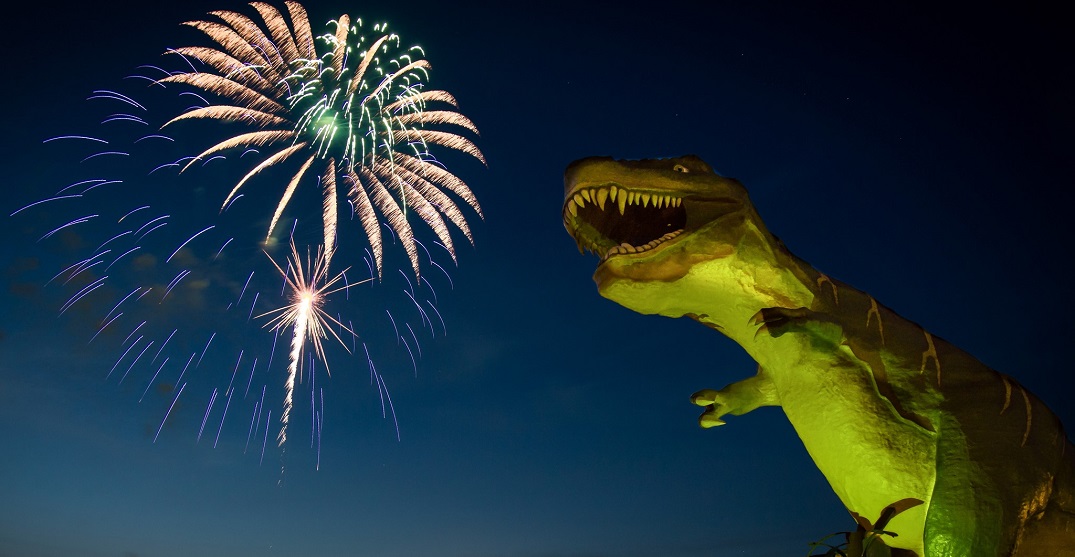 It’s been 20 long years, but the gigantic green dinosaur in Drumheller has finally gotten a name.

Touted as the World’s Largest Dinosaur, the enterable attraction that is a must-visit for anyone hitting up the Royal Tyrell Museum officially turned 20 as of October 13.

As part of the celebrations, town organizers decided it was high time to give the 82-foot tall sculpture a name, and they reached out to the public to decide.

After counting 568 votes, it was determined that the World’s Largest Dinosaur would be deemed “Tyra”.

According to her Facebook page, Tyra stands four times taller than your average, puny Tyrannosaurus Rex, and it takes visitors 106 steps to climb all the way up from her tail and into her mouth.

Thank you to everyone who voted!

From there you’ll get a stunning view of Drumheller and its stunning surroundings.

Those hoping to visit the attraction (and get that sky-high view) can do so daily between 10 am and 5:30 pm, with admission coming in at $4 a person, though children five and under get in for free.