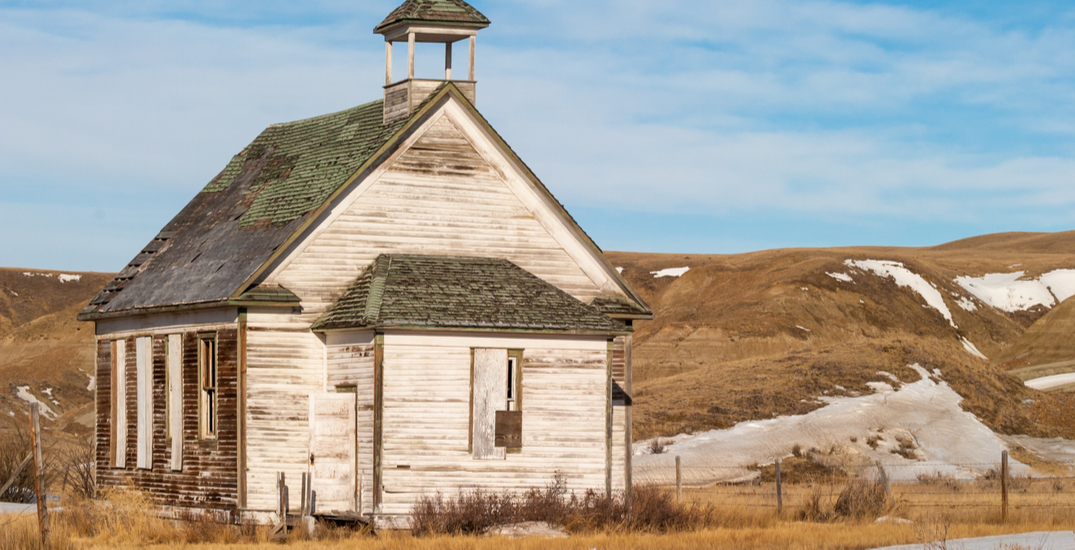 The website Ghost Towns of Alberta has a list of over 50 locations that have since been left for nature to creep back in, and many of them make for ideal road trip locations if you’re feeling adventurous this October.

We decided to condense the list down to just the towns that were both completely abandoned yet still had some structures left standing.

Be warned, though: There’s no knowing what you’ll find in these long-forgotten places.

Only a few old buildings remain in this town that was once the settlement of Mormon immigrants in the late 1800s.

All that remains of the early 1900s Amber Valley is a house or two, according to the write-up in Ghost Towns Alberta.

Four miles north of Banff is what used to be the coal mining community of Anthracite. Forget the lakes on your next trip into the Rockies, because this place hasn’t been crowded since the 1800s. All that remains is a grave marker for a child who drowned in a river all those long years ago.

Bankhead was home to upwards of 1,500 people at its most populous thanks to a nearby coal mine. Having been abandoned as recently as the 1920s, there are plenty of structures still standing.

Brant was first established in the early 1900s and stuck around for many decades. However, it had been whittled down to just 51 residents as of the 1960s and eventually was left to live on as the ghost town it is today.

Many original structures still stand of Buffalo Jump Station, which used to be a CPR stopping point along the Trans-Canada Highway.

Cadomin actually still exists as a place where dozens of people live, but it’s a great place to check out as it has a local general store that offers visitors a chance to view the history of the town through old photos and newspapers.

A number of log buildings were left behind when Caldwell was officially abandoned back in the 1950s.

This population’s peaked at just 100 people, but that was enough to build a school that still stands today.

If you really want to get an eerie feeling this spooky season, Duhamel still features an abandoned church, which has been preserved by the Duhamel Historical Society.

All that remains of Fort Dunvegan is a plaque explaining the history of the fort that had been erected there back in the early 1800s.

Both forts still stand along the Saskatchewan River after having been built by competing fur trade companies.

This fort was built in 1885 as part of the North West Indian rebellion, according to Ghost Towns Alberta. It still stands and can be easily explored.

This little town never exceeded two dozen people at its most popular, but it now features nothing but a few old buildings.

This area is now used specifically for outdoor recreation. Take a three-kilometre hike up to the old mine site and check out a few abandoned mining buildings.

You’ll need a 4×4 to make it to this spot, but once you do you’ll be able to explore some old buildings and a cemetery — talk about spooky!

The only things left of this townsite — which once had upwards of 10,000 citizens — are grave markers.

This town closed up in 1955, leaving behind the remnants of buildings and mining equipment. There had once been about 3,500 citizens living in the area, which is easily accessible with 2WD.