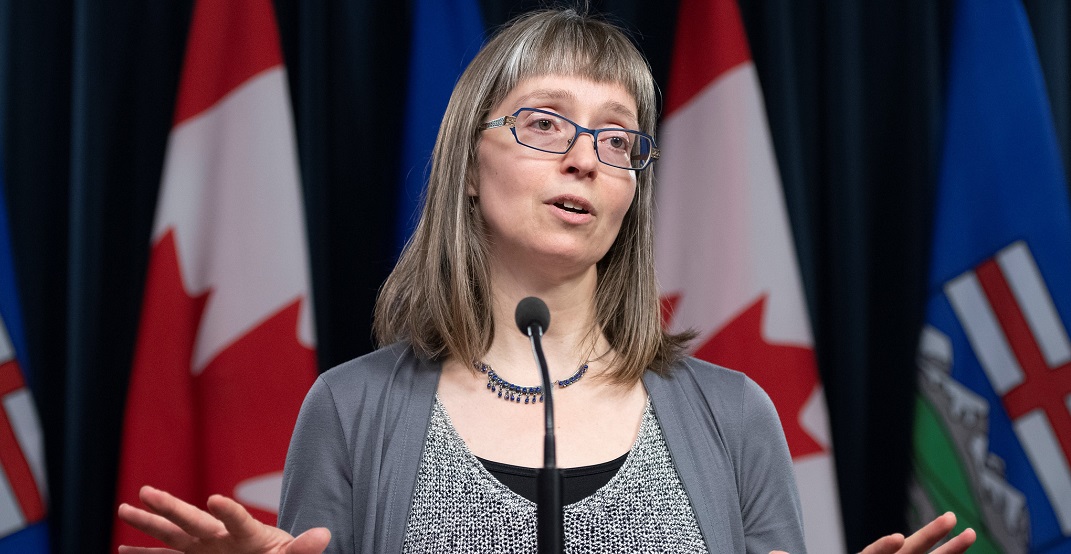 Alberta Chief Medical Officer of Health Dr. Deena Hinshaw answered many questions about the NHL on Thursday, following reports that Edmonton has been chosen as a hub city.

In fact, she began her press conference by addressing it.

“I know many Albertans are thinking about hockey right now and wondering how the NHL’s hub event might be held in Edmonton without jeopardizing public safety,” said Dr. Hinshaw, who added that she didn’t know if Edmonton had been officially chosen yet.

One thing Dr. Hinshaw wanted to make clear was that safety would be prioritized over everything else, both inside and outside of the NHL bubble.

“I want to assure everyone that safety remains our top priority. This spring, we developed guidelines for professional sporting tournaments to support safety for players, NHL staff, and media, and to minimize any risk of virus spreading to the general public. While there are many components, the approach relies on extensive privately purchased testing, and the NHL players and anyone else involved, forming a cohort that is separate from the public.

“Cohorting among the participants will reduce the risk of disease spread if a case is identified. If Edmonton is chosen for the NHL’s event, health officials will work with all applicable partners to ensure the guidance is followed to protect the public and those involved in the tournament.

“We will also ensure that public testing is in no way impacted if the NHL does pick Edmonton. The free testing offered to all Albertans will always remain our top priority.”

Dr. Hinshaw confirmed that non-NHL staff, like those working at hotels and restaurants, would not need to remain in the bubble, provided that they wore masks and adhered to safety protocols. NHL players, coaches, and staff are likely going to stay at the JW Marriott Hotel, located across the street from Rogers Place. She noted that the “dominant mode of spread” is close face-to-face contact, and everyone in that situation needs to remain in the bubble.

“I believe that with these bubble protocols, with the regular testing that’s a part of the protocol that has been accepted and regular symptom checks, masking whenever people are not playing, if they are within two metres, those are the kinds of things that make me believe that it is possible to have Edmonton as an NHL hub city without risk to the public in Edmonton.”