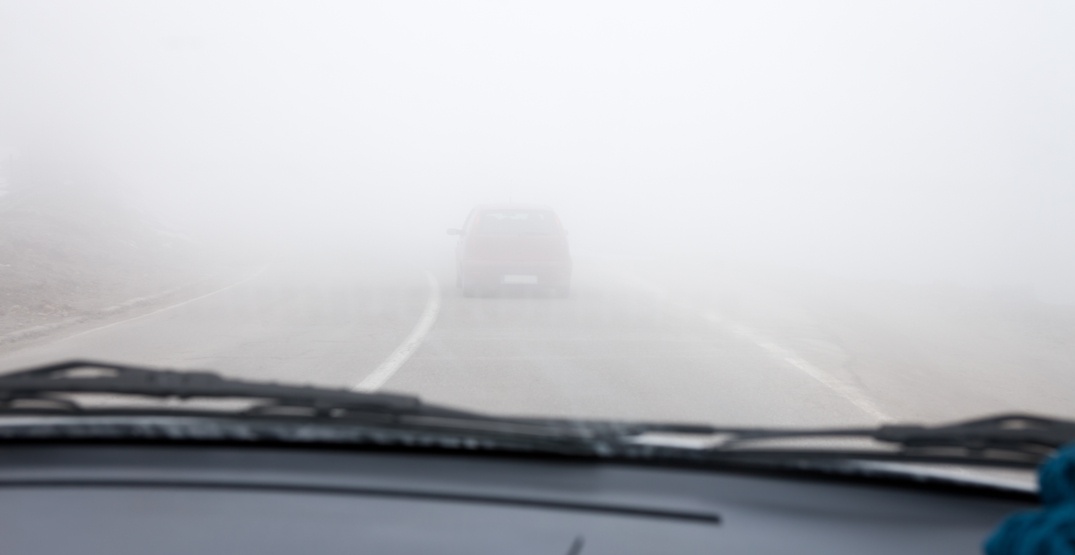 If you’re taking a trip down south you may want to leave your headlights on, because a dense wall of fog is waiting for you once you get as far as Okotoks.

According to an advisory from Environment Canada, near zero visibility is expected or occurring for the regions of Okotoks, Lethbridge, Cardston, Taber, Fort Macleod, Magrath, Milk River, Claresholm, and High River. 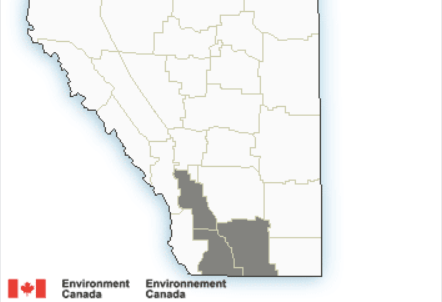 The advisory was put into effect at 8:12 am Tuesday morning with the fog expected to stick around until noon.

“If visibility is reduced while driving, turn on your lights and maintain a safe following distance,” the advisory states.

Another gorgeous #sunrise above #Kananaskis valley 6c at the top #abstorm pic.twitter.com/RwOa7yrzwg

No other weather advisories are in effect for Alberta at this time, but it is encouraged to monitor for further alerts or forecasts from Environment Canada as we head into the fall and winter seasons.

Anyone who would like to send a report of extreme weather into Environment Canada can do so by Tweeting with the hashtag #abstorm, or by emailing [email protected].