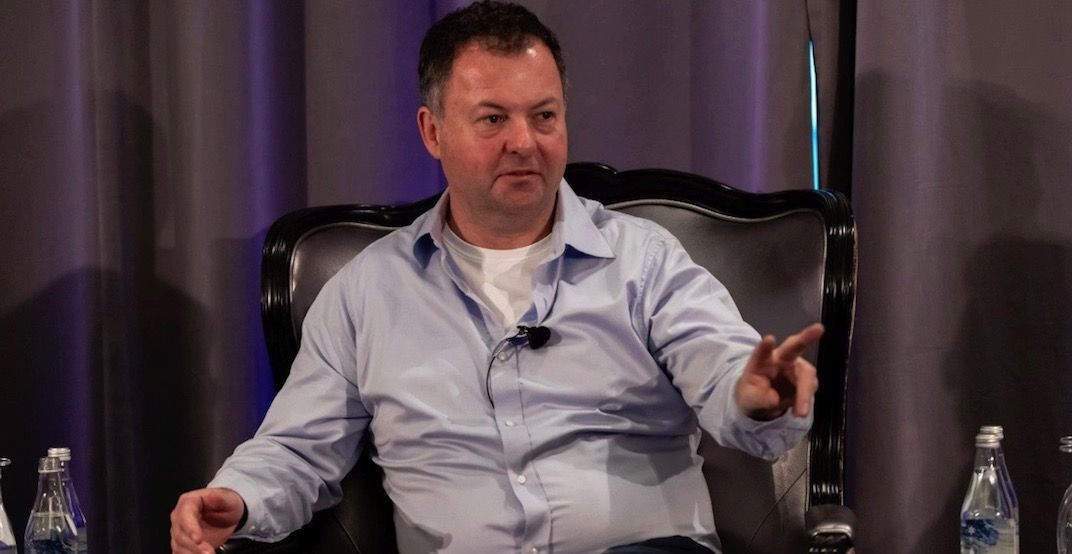 A now-expired Instagram Story posted by Toronto chef Felicia De Rose has celebrity chef David Hawksworth in some hot water this week over what some are saying are misogynistic views about women in the business.

The chef de cuisine for Planta Burger and the Chase Fish and Oyster posted an audio clip of Hawskworth speaking at an event last week where he is talking about women in the culinary industry, and many aren’t liking what they are hearing.

The Chef and Owner of Vancouver’s Hawksworth Restaurant and Nightingale was taking part in the 2019 Spring Icons & Innovators, which took place on April 25, 2019, at the St. Regis Toronto when the clip was recorded.

Hawksworth was recorded speaking to why only a few women have been enrolled in his prestigious scholarship program, the Hawksworth Young Chef Scholarship, from 2013 to 2019.

When asked what the reason behind this was, Hawksworth said: “It’s just the way it’s rolled out.”

“When I was out West there were many times where I’d be rolling with an all-female crew, and uh, that was weird but that was a great team. That was one of my best teams,” said Hawksworth. “There’s no rhyme or reason for it.”

The Chef was also asked if he thinks it’s still hard for women to break into the industry, and he said they are “probably a little bit smarter” for staying out of it.

In a statement sent to Dished, the chef’s public relations spokesperson says Hawksworth has since apologized to De Rose for the “off-the-cuff remarks that caused offence,” and reassures that he is not prejudiced against women.

“He has employed, worked alongside and championed many extraordinarily talented women throughout his career and continues to do so,” reads the statement. 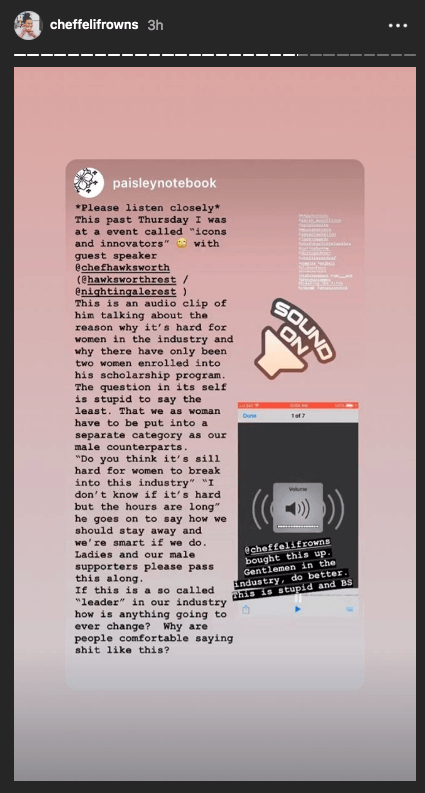 There are some days when I wish I didn’t have to hear of more slams against women in my industry by men who are supposed to be our colleagues. Some puzzling comments exposed today about wisdom shared at a leadership conference spoken by the chef of renowned Hawksworth resort. 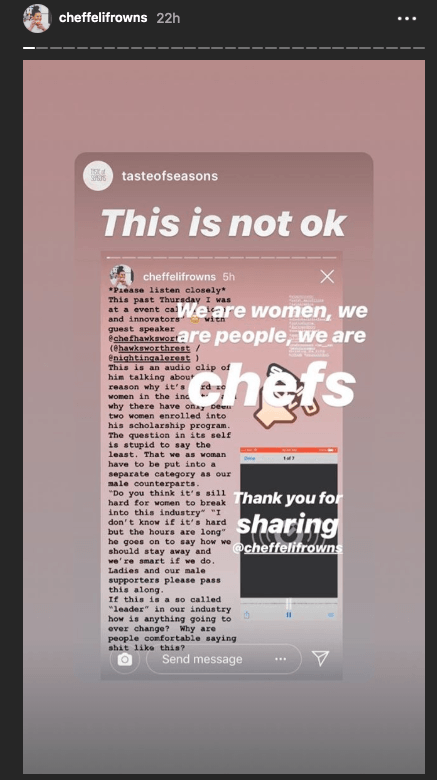 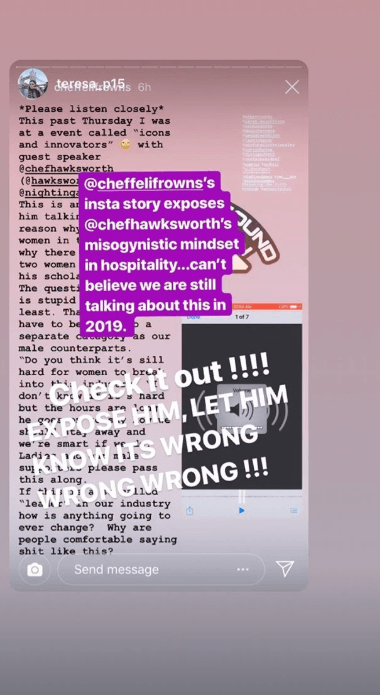 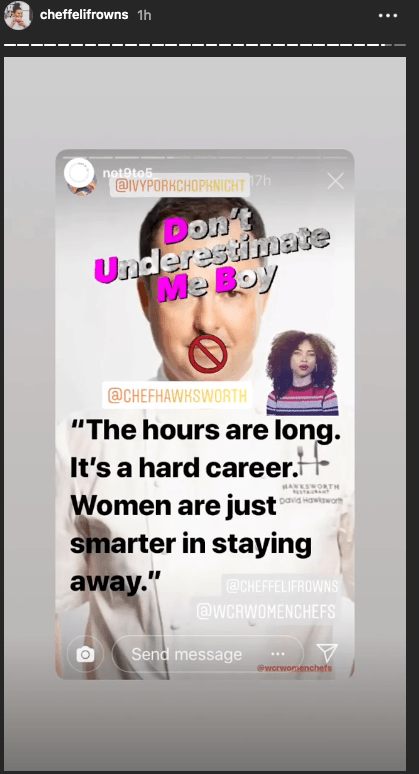 Here is the full statement to Dished from Chef David Hawksworth:

Chef David Hawksworth would like to categorically state that he is not, nor has he ever been, prejudiced against women.  He has employed, worked alongside and championed many extraordinarily talented women throughout his career and continues to do so.

Chef Hawksworth has responded to directly to Chef Felicia De Rose through Instagram and has apologized for the off-the-cuff remarks that caused offence, none was intended.

Chef Hawksworth agreed to speak on the panel at the industry breakfast in Toronto in order to support the industry and to drive awareness to the Hawksworth Young Chef Scholarship Foundation an entity he created to inspire and nurture young talent – male and female – through providing recognition, financial support and community, a project to which he has committed countless hours over the past seven years.

While the ratio of female to male applicants is not something that can be controlled,  Chef Hawksworth has always ensured a strong female presence on the judging panel celebrating role models such as Connie DeSousa, Lynn Crawford, Jackie Ellis, Sarah Musgrave, Mijune Pak and Anna Olsen who have all lent their support.

As an employer Chef Hawksworth values women in a range of leadership roles throughout the group, Development Chef, Stephanie Noel is one such example, Noel first worked for Chef Hawksworth 18 years ago as young cook at West, she cites Chef Hawksworth as a mentor and friend, someone who encouraged her to travel the world and taste, who prepared her for work in Michelin starred restaurants and as someone who has been hugely influential in propelling her career.

Chef Hawksworth has reassured all staff of their value to the team and has recognised the challenges they face in a tough industry while thanking them for their commitment and shared passion for the industry.