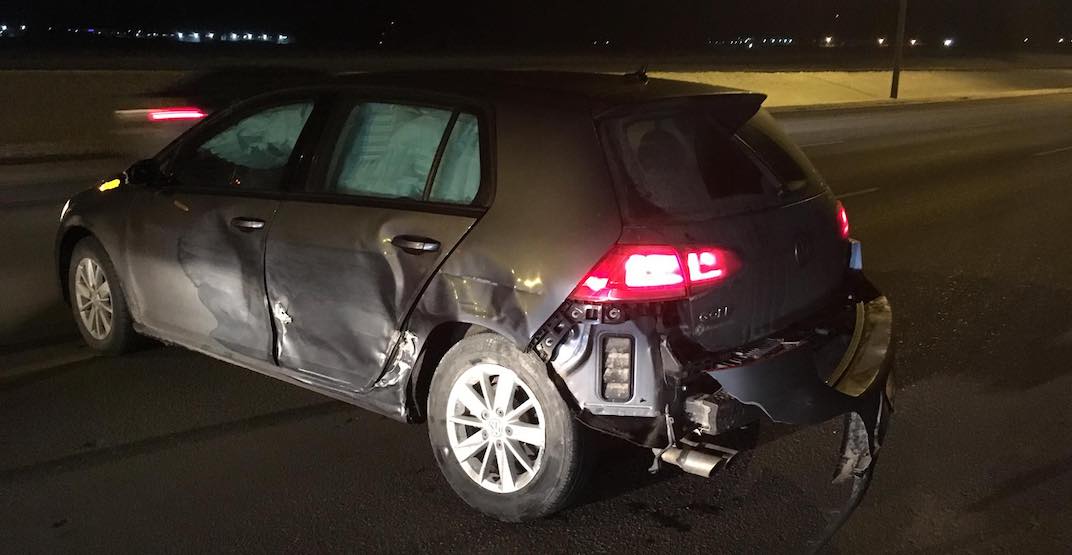 A driver in Calgary had a literal brush with death, thanks to a car driving on the wrong side of the road.

Rafael Martinez was driving on a Calgary freeway just after 5 am on March 10 when a pair of headlights appeared coming in his direction.

In a video caught by Martinez’s dashcam, a woman’s voice can be heard warning him of the upcoming car just in time for him to swerve out of the way, though the car did hit the side of Martinez’s vehicle.

He uploaded the video to Facebook on Saturday, along with two photos of the damage sustained to his car.

“Thanks God no one was badly hurt. A drunk badass hit us almost head-on on Stoney Tr SW while he was driving in opposite direction, he tried to get away but police caught him,” Martinez wrote in the post.

Calgary police have stated that they are currently gathering information about the incident.