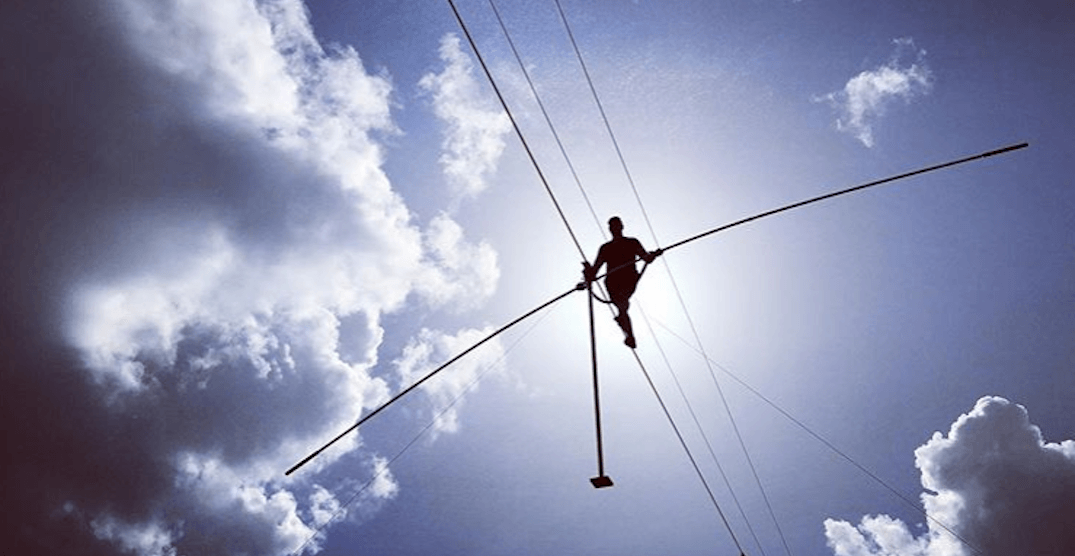 History could very well be in the making on the Stampede Grounds this evening.

Nik Wallenda, an American acrobat, aerialist, and daredevil, will be tempting fate above the Stampede Grounds tonight as he attempts to break his own world record for the longest urban tightrope walk.

According to a press release, Wallenda will attempt to walk a distance of 1,703 ft (or 519 metres), all the way from the Kids Midway to the Rotary House.

Wallenda is a part of The Flying Wallendas family, and is best known for his highwire walks across Niagara Falls in 2012 and the Grand Canyon in 2013.

The stunt should be visible for nearly everyone on the Stampede Grounds, though a great vantage point will be from the Thrill Zone, where Wallenda has been performing during the Stampede and where he will receive a 2019 Calgary Stampede buckle upon completion.

The walk will officially begin at 7 pm, so be sure to get outside and look to the skies if you want to witness a world record (potentially) being broken!

When: Monday, July 8
Time: Begins at 7 pm
Where: From the Kids Midway crane to the Rotary Dream Home
Admission: Free with admission to the Stampede Grounds