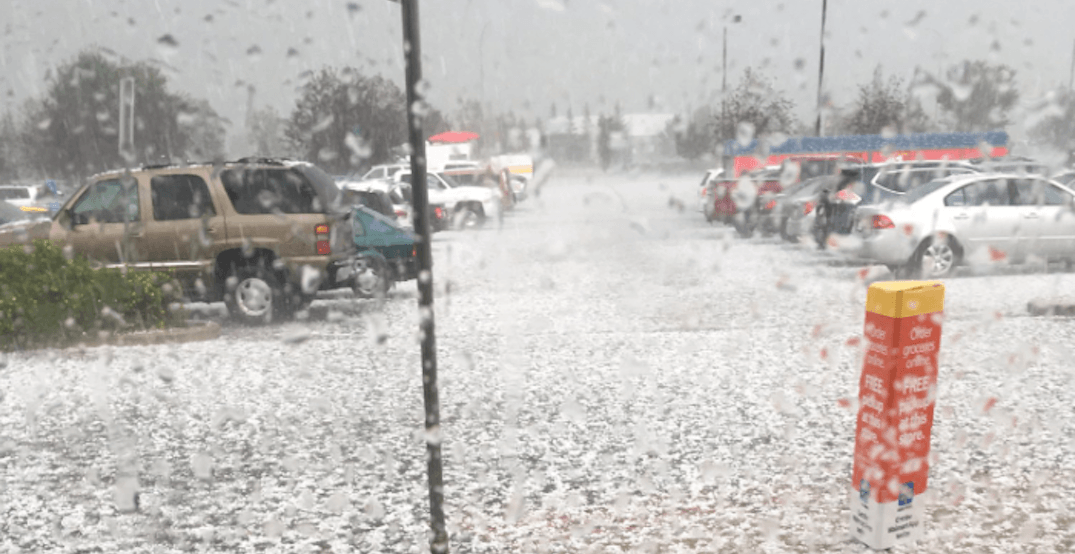 Thunder and lightning can definitely be frightening, but huge chunks of ice falling from the sky in a furious and unrelenting flurry is something else entirely.

That’s what many Calgarians had to deal with on Sunday evening, as the thunderstorm that rolled into town brought with it a significant hailstorm.

Nickel-sized balls of hail fell on YYC, making many front yards look like winter all over again.

The noisy hailstorm was hard to miss… especially for those trapped in their cars as the worst of it came down, and more than a few Calgarians took the opportunity to document the weather phenomenon, uploading photos and videos of the event to Twitter:

Hailing in Country Hills in calgary Who wants to buy some snow?? #abstorm #CALGARY pic.twitter.com/3UFlDrbP4X

Just a little hail storm coming through this afternoon, you know the usual in Calgary… #YYCstorm pic.twitter.com/0JBXZdvsMy

Stinking Calgary hail. Off to the insurance office in the morning….😡😡 thank god I have coverage and a low deductible pic.twitter.com/WRlvwyVd2j