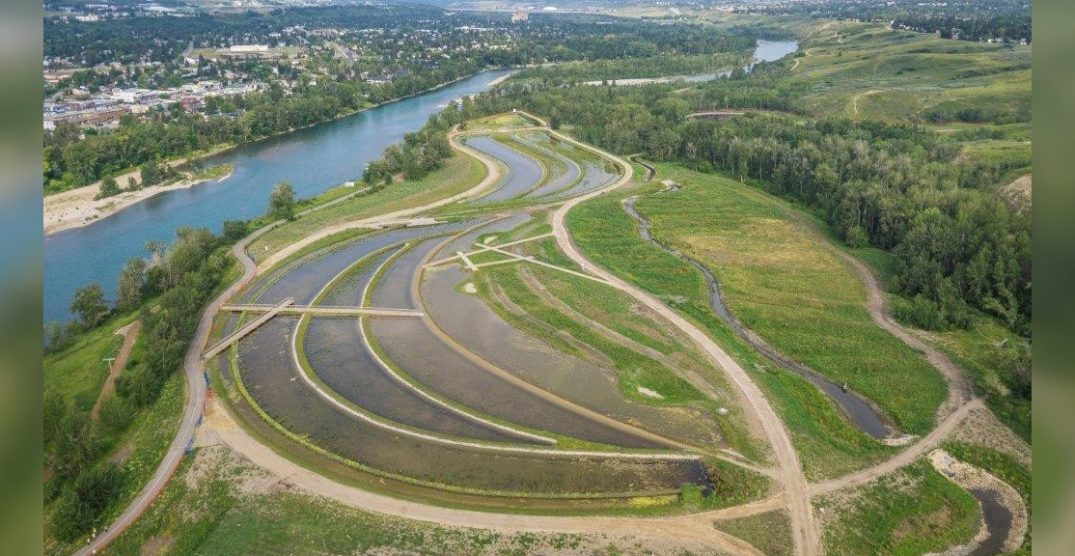 A Calgary gravel-pit-turned-park has been given the overall Jury’s Award of Excellence for large-scale public landscape at a national level.

The Canadian Society of Landscape Architects (CSLA) designated the award to Dale Hodges Park based on a variety of criteria, including demonstrating environmental and social awareness in the design, and the use of innovation in the landscape concept.

Dale Hodges Park is a 100-acre site, located west of Market Mall along the Bow River. Home of the former Klippert gravel pit, the land was acquired in 2010 to restore the ecological integrity of the area and enhance its recreational value for Calgarians.

In a City of Calgary collaboration between the Parks, Water, and Public Art departments, Dale Hodges is now both a public park and a stormwater treatment facility. The park creates diverse habitats for local flora and fauna, and is a 40-hectare piece of living artwork.

According to the City of Calgary website, the park was designed to capture, slow, and filter stormwater from eight surrounding northwest communities on its journey back to the Bow River. The design highlights the natural and man-made processes involved in stormwater management.

“The project is one of a kind,” said David Harrison, Project Lead for Calgary Parks. “Typically stormwater’s source, route, and where it goes are either unapparent or largely invisible in our cities while stormwater ponds are often considered an inconvenient infrastructure necessity.”

“At Dale Hodges Park, stormwater was drawn to the surface and viewed as an opportunity to create a unique park and provide valuable habitats,” he said.

There were 14 projects selected in 2021 as CSLA winners by a national jury of landscape architects, from a total of 72 submissions.

The Jury’s Award of Excellence, given to Dale Hodges Park on April 7, is awarded to the project that best demonstrate CSLA’s vision of advancing the art, science, and practice of landscape architecture.