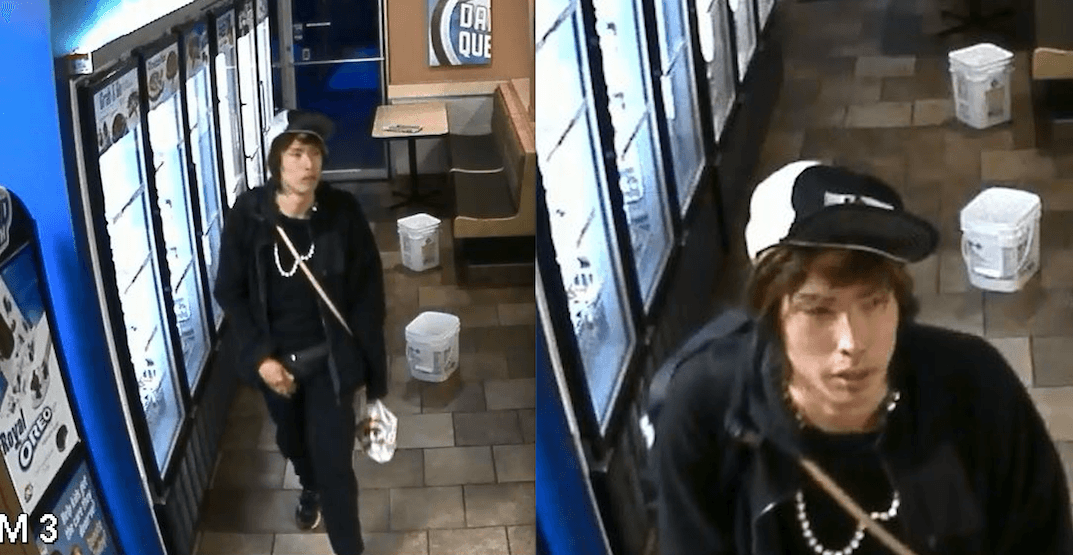 Police have found and charged the man who allegedly sexually assaulted a girl in a Dairy Queen washroom.

At around 5:15 pm on Monday, a 16-year-old girl was cleaning the washrooms of a Calgary Dairy Queen when a man approached her in the women’s room.

He then allegedly touched her inappropriately and tried to cover her mouth with his hand, though she was successful in alerting a coworker who came to her aid.

The man fled from the restaurant, but not before security footage captured his face.

The Calgary Police Service have since arrested and charged 23-year-old Colin Bull Shields of Calgary, according to a release, with one count each of sexual assault and forcible confinement.

Bull Shields’ next court date is scheduled for Friday, January 19.