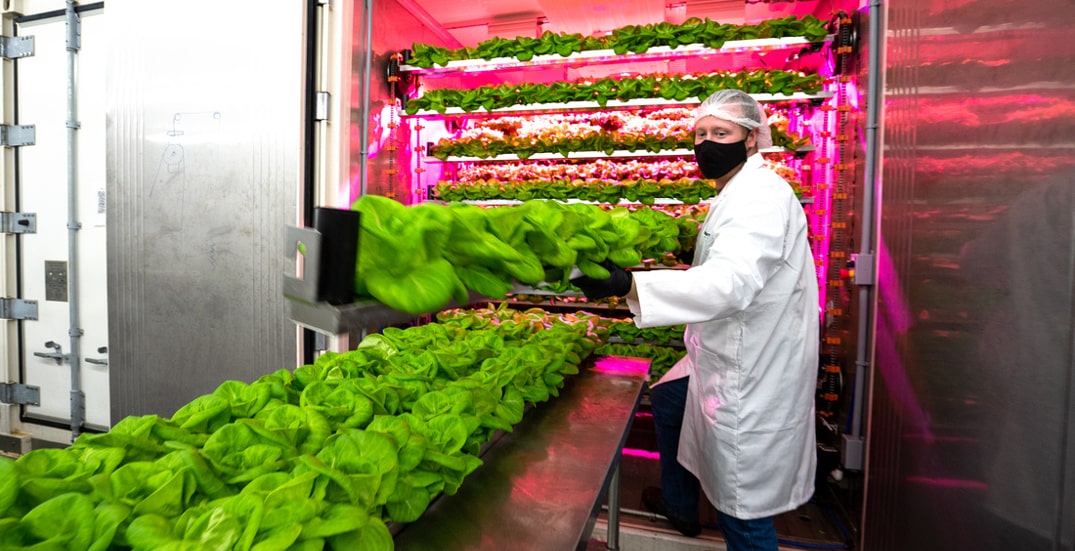 A Canadian agricultural tech company’s indoor farming systems are proving to be a solution to mitigating any future food supply chain issues that the country faces.

“To save our planet and ourselves, we believe we must grow what we eat where we live. It’s not enough to increase food and feed production. We must eliminate risks to our food supply chains by enabling farmers, bringing it indoors, and localizing food production while minimizing resources.” 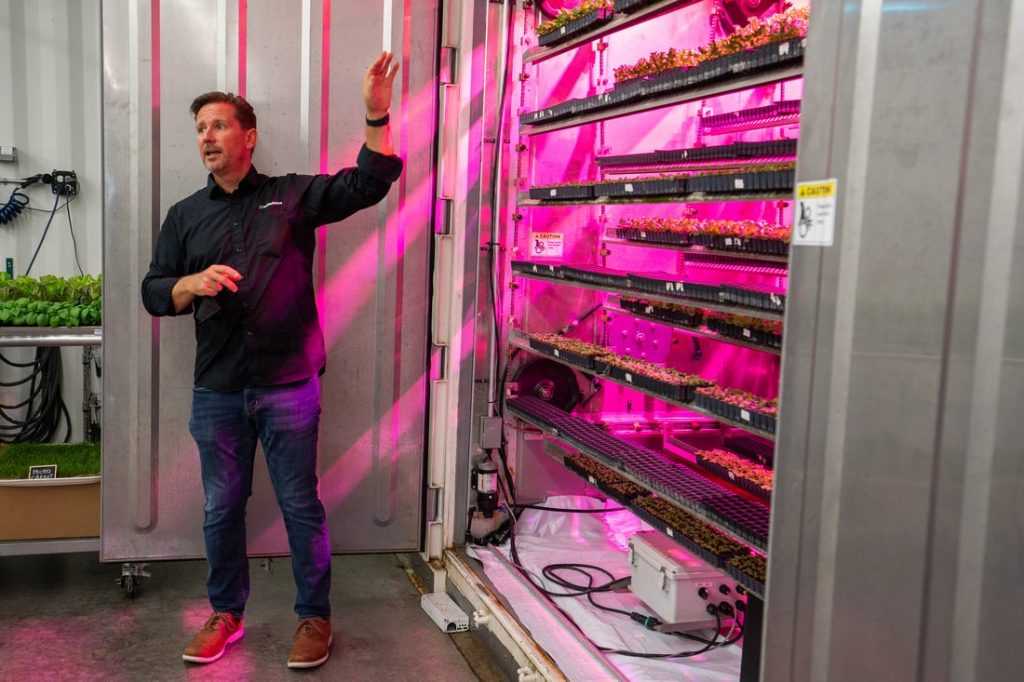 Their patented Crop Motion Technology maximizes plant growth by moving hundreds of growing trays under LED lights in the CubicFarm System modules so the plants get the right amount of light, water, and airflow. The automated hydroponic growing system uses 95% less water and no pesticides or herbicides.

Extreme weather events are an urgent reminder to Dinesen of CubicFarm’s mission. The company’s headquarters, Innovation Centre, and EcoDairy are all located in communities severely affected by the BC floods in November – Langley, Pitt Meadows, and Abbotsford.

As many parts of BC dealt with the impact of devastating flooding, experts warned that the strain on supply chains could lead to an increase in panic-buying.

“From droughts and wildfires to the flooding that recently destroyed vast swaths of BC farmland, Canada’s food supply chains are being disrupted like never before,” said Dinesen. “With our indoor growing local chain technologies, we had no disruption to our produce and livestock feed production. We would have never guessed that our commercial-scale indoor growing systems would find such critical applications so quickly and so close to home.

“As the world’s sixth-largest food importer, Canada has been running a troubling agricultural deficit for years. While rebuilding and upgrading roads, railways, ports, and other infrastructure is an obvious (and extremely costly) way to fortify food supply chains, using technology to shorten them represents a more sustainable and affordable approach.” 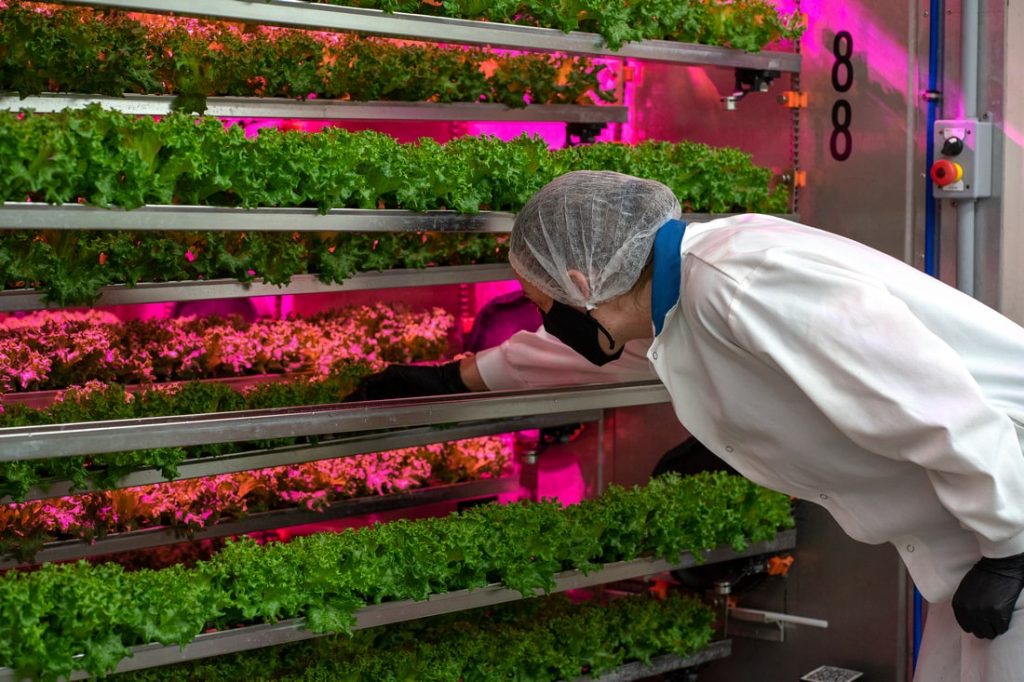 CubicFarms currently has 187 modules of the CubicFarm System and HydroGreen Grow System under contract with deposits in locations across Canada, the US, and Australia.

The ag-tech company is continuing its research and development (R&D) expansion. CubicFarms announced in June that it raised USD $25.3 million in equity finance for R&D while in September they received a $1.2 million deposit from a private investor group to install a 96-module FreshHub in the Lower Mainland area of Vancouver.

“We are driven to enable farmers to successfully grow indoors, sustainably, equipping them with local chain ag-tech for consistency and predictability of their harvests, despite the weather,” explained Dinesen.

“As well as continuing to grow and sell produce locally following the global G.A.P. set of standards for Good Agricultural Practices, we are testing standard operating procedures, trialling new crops, and advancing the technology,” said David and Alyssa Pfaeffli, owners and operators of Swiss Leaf Farm now working onsite at the Alberta Grow Centre. “At CubicFarms, we are always innovating. We’re really proud that we can grow leafy greens right here in our community for the people who live here. They have a sense of trust in where they’re getting their food from, and in knowing how fresh it is.

“We want our kids and the local, community to have access to delicious, fresh local produce year-round, and CubicFarms local chain ag-tech makes this possible.”

For the Pfaefflis, creating local independent food ecosystems is important for present consumers and for future generations.

“As it stands, most food and feed requires long-distance shipping,” said David and Alyssa Pfaefflis. “By 2050, more than half the world’s population will rely on food sourced outside their country. According to the United Nations, about a third of the food we produce globally is lost or wasted every year, and with 40 to 80% lost at the harvest and processing stages. We believe the solution to these issues lies in enabling every community to grow fresh produce and livestock feed in any climate year-round.”