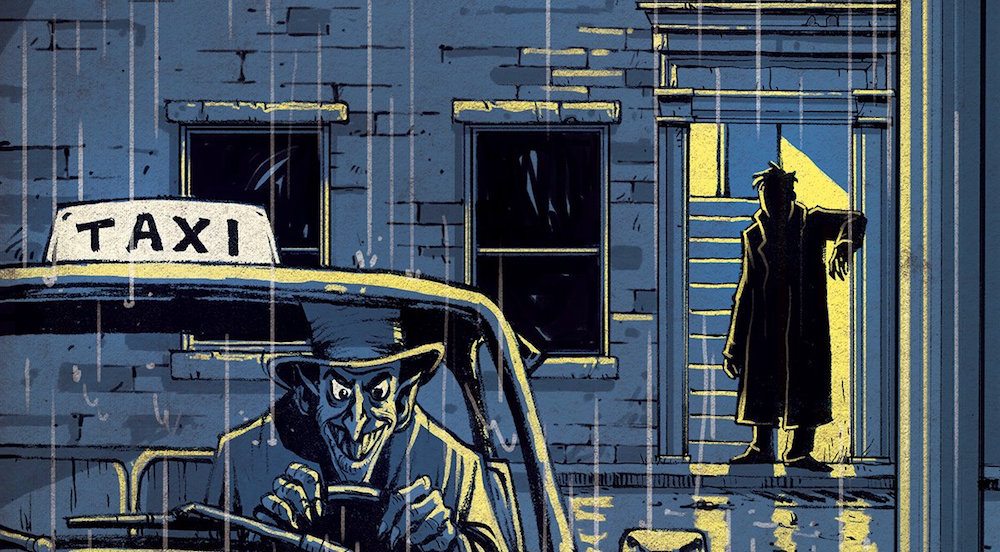 “Who knows what evil lurks in the hearts of men? The Shadow knows,” was a familiar phrase during the crime-themed comic book era of the 1940’s. But besides the famous comic series “The Shadow” was another series that grabbed the attention of millions. “Crime Does Not Pay” was a riveting comic series that not only caused a stir, but also had scandalous real life drama behind it.

Calgary writers David Rhymer and Kris Demeanor’s new musical, Crime Does Not Pay, presented by Downstage and Forte Musical Theatre, combines both worlds with a loose telling of a dark true story, intertwined with the sensational comics that were unleashed as a result.

The show’s plot tells the journey of comic artist Bob Wood, whose illustrations helped drive the “Crime Does Not Pay” comics to the top of the best-sellers lists in the 1940’s and 50’s. While Wood experienced great career success from the series, it was only a matter of time before the comic’s controversial nature became problematic.

“Of all the crime magazines in the mid-40s era, ‘Crime Does Not Pay’ was known by many as being one of the most violent and lurid,” explains the show’s co-creator Demeanor. “Characters in the comic were getting shot point blank, people had their hair set on fire, and there were lots of scantily clad women.”

In the show, Bob’s success is threatened by children’s advocate Eleanor Flood, who argues the racy content of the comics are inspiring copycat crimes. Bob must fight the threat of censorship to save his career. But on top of that, Bob also has a sordid personal life, including a possessive relationship with Violet, a lounge singer with an abusive ex-husband. All things combined, the action heats up into one intense drama in a setting simply referenced to as “the big city”.

As the tale unfolds, whatever happens in the “real life” story is echoed in Bob’s comic book work in what Rhymer describes as “a double comic book-feel”.

“There will be panels projected onstage with new graphic illustrations by artist Tyler Jenkins,” adds Demeanor. “Jenkins has created some marvelous images to help create settings that the actors act within while also creating an overall comic book backdrop.”

While many musicals see one creator tackling the music and another the lyrics, in this case the two creators collaborated in both areas. “One of us would sometimes offer a musical or lyrical fragment and that fragment would evolve as we sat together in the same room,” explains Rhymer. “Then we would give each other little tasks on the songs and go away and come back. We ping ponged ideas back and forth on both the lyrics and music along the way.”

Adding to the creative nature of the show, all seven members of the Crime Does Not Pay cast will be doing double duty. “The music in the show is played live on instruments by the actors. Everybody is a musician and a character,” notes Demeanor, who himself will be acting while also playing guitar and bass, while Rhymer acts and plays the piano.

On March 2, Rhymer and Demeanor’s scandalous tale of seedy characters, crime and sex will have its world premiere onstage the Engineered Air Theatre. Directed by Simon Mallett, the show runs until March 11, with a special “Relaxed Performance” on March 7 that will cater to audiences with special requirements. Visit the show’s website for more information.

Crime Does Not Pay