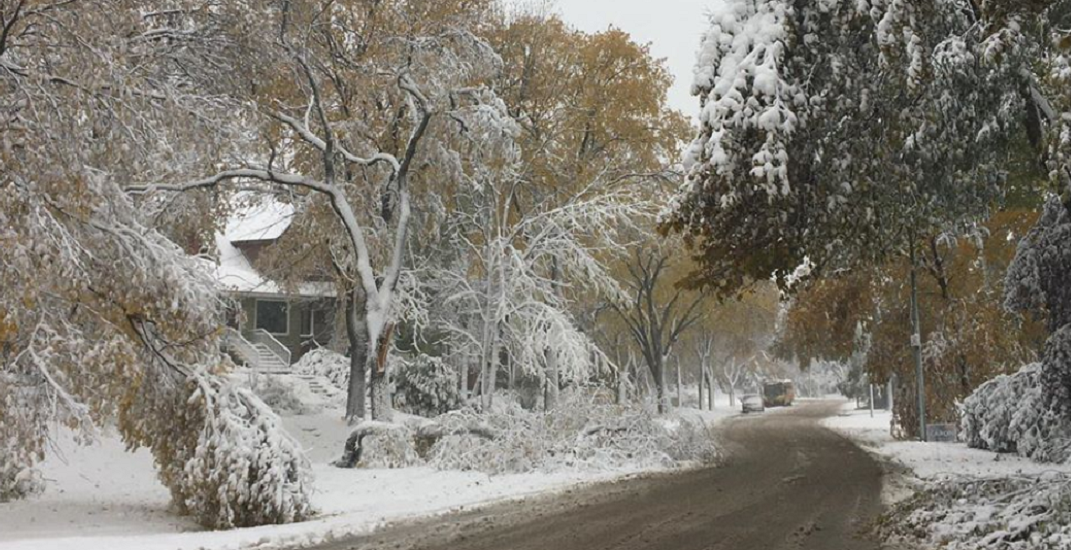 A number of Calgary’s aerial trucks and chippers will be making their way to across the Prairies starting on Friday.

The situation got so bad that the Province of Manitoba declared a state of emergency and the City of Winnipeg activated their Emergency Operations Centre.

Just over five years ago, The City of Calgary was in a similar boat. A September snowstorm hit back in 2014, causing many trees to fall and damage infrastructure throughout the city.

Winnipeg was among the outside organizations and municipalities who lent Calgary a hand back then, and the City of Calgary stated in a release that they are “eager to pay it forward now that our neighbours to the east are facing a similar situation.”

“In 2014 we were very grateful for the assistance from other cities,” said Todd Reichardt,  Urban Forestry Manager at the City of Calgary, in the release.

“We know firsthand how an event of this magnitude can impact the lives of citizens, and we’re privileged to be in a position where we can provide support and share our learnings to help Winnipeg optimize their response and recovery.”

The trucks and staff will be leaving on Friday, with all costs being covered by the City of Winnipeg.

Calgary staff will be assisting by carrying out emergency tree removals, as Winnipeg’s trees, like Calgary’s in 2014, still have lots of leaves remaining, creating the potential for significant damage as snow can accumulate on top of them.