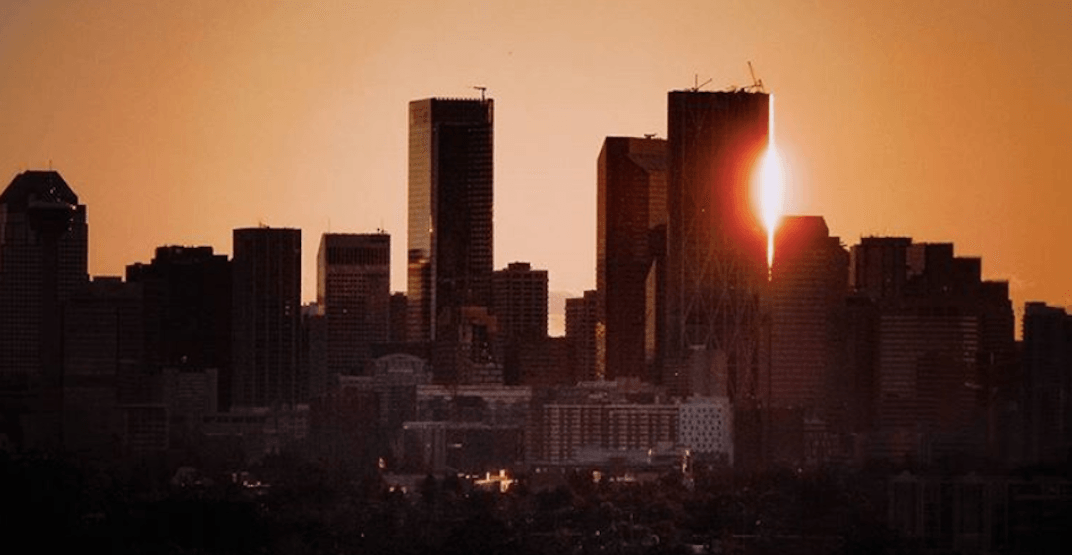 The City of Calgary has released the latest Citizen Satisfaction Survey, and, for the most part, things are apparently looking up for Calgarians.

The survey was conducted by phone from August to September 2017, and interviewed 2,500 Calgarians over 18 years of age as to how they felt about the City’s progress, quality of life, and initiatives.

According to the 2017 results, 85% of respondents said that the quality of life in Calgary is good, which is a 2% increase over 2016’s numbers.

The survey administered two years ago also saw a rapid increase in the percent of respondents who claimed that the quality of life in Calgary had worsened, jumping up to 37% in 2016 from just 17% in 2013. 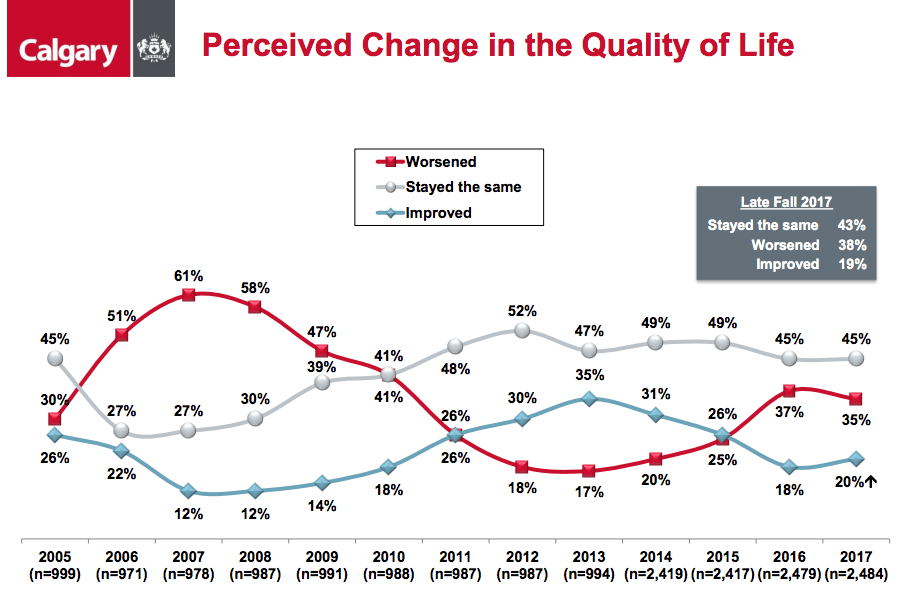 That number had inched downwards by 2017, with 35% stating that the quality of life had worsened in the past three years, and 20% feeling that it has improved – a two percent increase over 2016 on that front as well.

Alberta’s latest recession – which started with the economic downturn of 2014 and was finally left behind this past summer – is clearly evident when residents were asked if they agreed that Calgary is a great place to make a living, dropping from 90% agreeing in 2013 to just 68% in 2017.

One standout from this year’s survey was that on-street bikeways were one of the least popular city investments among the residents surveyed, continuously coming in last place when asked about the importance and satisfaction of programs and services.

On the flip side of transportation, 64% stated they’d like more investment in Calgary Transit, with only 3% calling for less.

Calgary Mayor Naheed Nenshi responded to the survey during a press conference, where he said that the survey will help guide City Council on where Calgary will go from here.

“There are a number of things in here that will provide me, and city council as a whole, with a lot of direction in decisions that we are making going forward,” Nenshi said at the conference.

Overall, the mayor seemed happy with the survey’s results.

“People are proud to live here, people are happy to be Calgarians. They’re satisfied with the services that the city provides, and they feel that Calgary is on the right track,” he said.

“You can really see the fragile economic recovery starting to play through the numbers.”