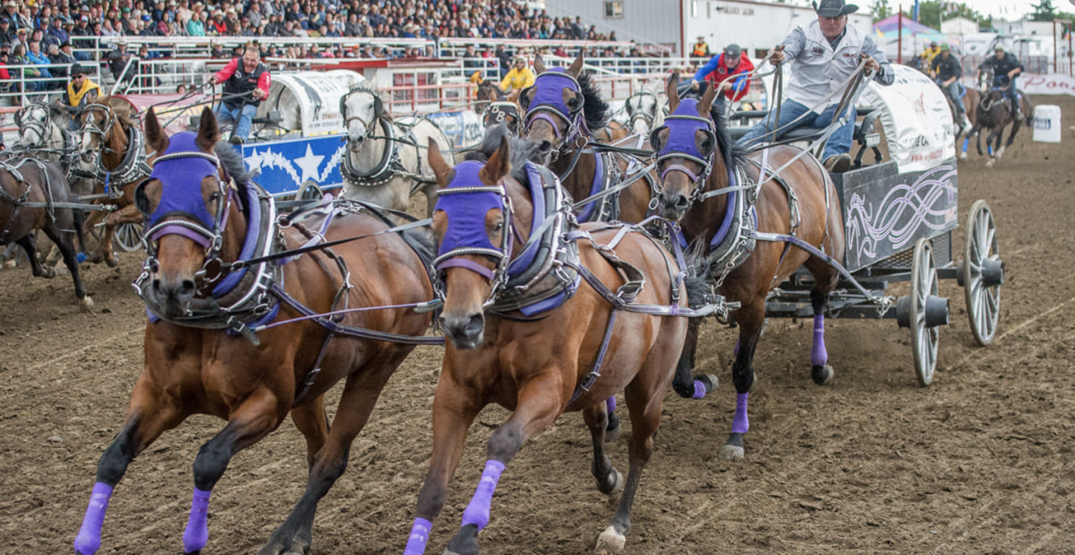 As recommended by health officials, if you choose to participate in events outside of your home, please adhere to COVID-19 health and safety measures, including proper physical distancing, mask-wearing, and frequent handwashing. If you are sick, please stay home.

The Calgary Stampede has cancelled the chuckwagon races for their 2021 event, however you can still catch the chucks in action in southern Alberta this summer.

World Professional Chuckwagon Association (WPCA) has announced a six-day “Battle of the Foothills,” to be held in High River, Alberta, over two weekends in July.

“Over the last 18 months the sport of chuckwagon racing has been in a battle for survival,” reads a news release from WPCA, “and some of the WPCA drivers have rallied around their sport to try and promote it by building a show for fans and sponsors to enjoy!”

The races will take place from July 16 to 18 and July 23 to 25 at the High River Agricultural Society Rodeo Grounds, located 45 minutes south of downtown Calgary. The first weekend will also feature cowboys and cowgirls from the Foothills Cowboys Association.

After the first four days of races, the top eight drivers will advance to Semi Final Saturday (July 24) and compete in two final heats. Of those eight drivers, the four with the fastest time will then go on to the “Battle of the Foothills Dash for Cash” on Championship Sunday.

WPCA says that drivers who don’t qualify for the Battle of the Foothills championship race will be competing for added prize money on Championship Sunday, with every heat being a “Dash for Cash.”

As of June 14, over $150,000 in prize money has been confirmed for the drivers to compete for. However, WPCA says that there has been lots of interest from fans and sponsors asking how they can help support the event, and so prize amounts are expected to reach record levels for this year’s chuckwagon races in High River.

The WPCA website has chuckwagon race events listed in three other Alberta towns this summer, including Dewberry (July 1 to 4), Strathmore (July 30 to August 2), and Bonnyville (August 5 to 8).

Battle of the Foothills chuckwagon races

When: July 16 to 18 and July 23 to 25
Where: High River Agricultural Society Rodeo Grounds, High River, Alberta