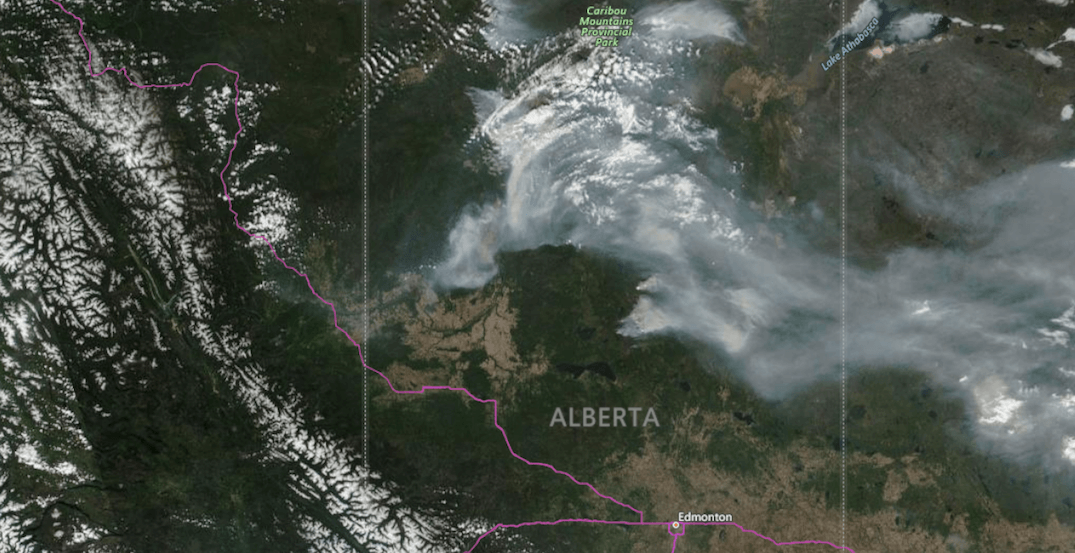 The Chuckegg Creek Wildfire has seen some serious growth over the past 36 hours.

According to the most recent update from the province, the wildfire burning through northern Alberta has grown to around 150,000 hectares.

Given that the City of Edmonton sits at 684 sq km (or 68,400 hectares) and the City of Calgary is an even larger 825 sq km (82,500 hectares), that means that the area currently burning up north is nearly as large as Alberta two largest cities combined.

Having a hard time picturing destruction of that magnitude? We don’t blame you.

It turns out that the wildfires currently burning north of Edmonton (because there are a few) are so big that they’re visible from space — as shown in these satellite images from Zoom Earth. 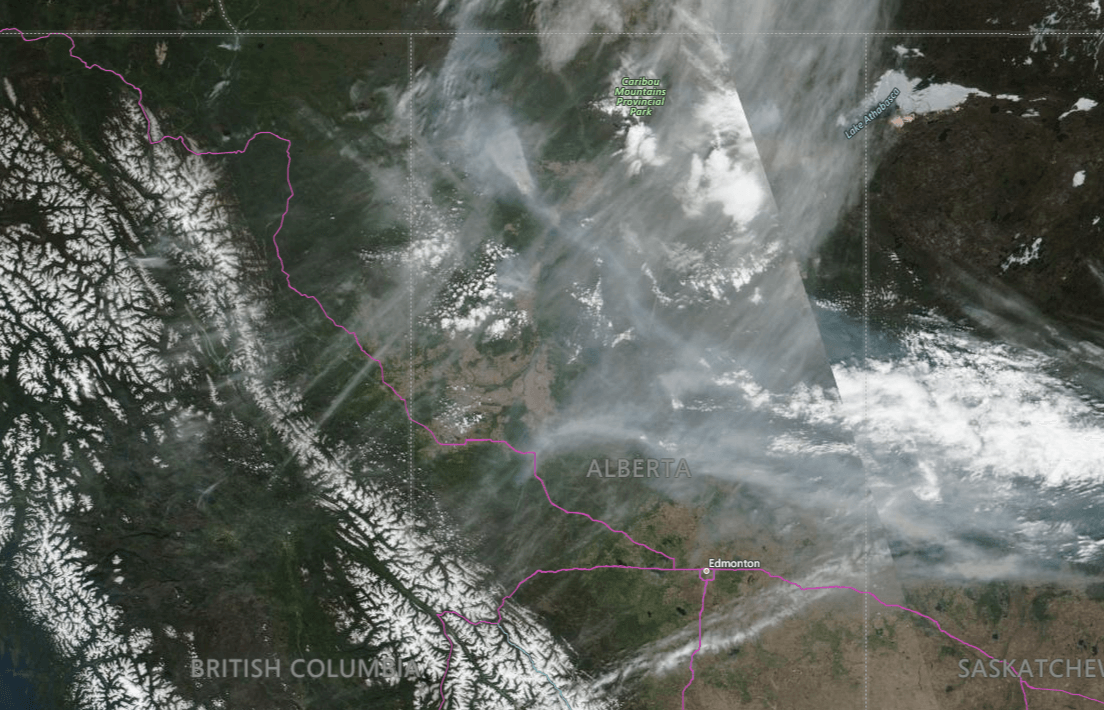 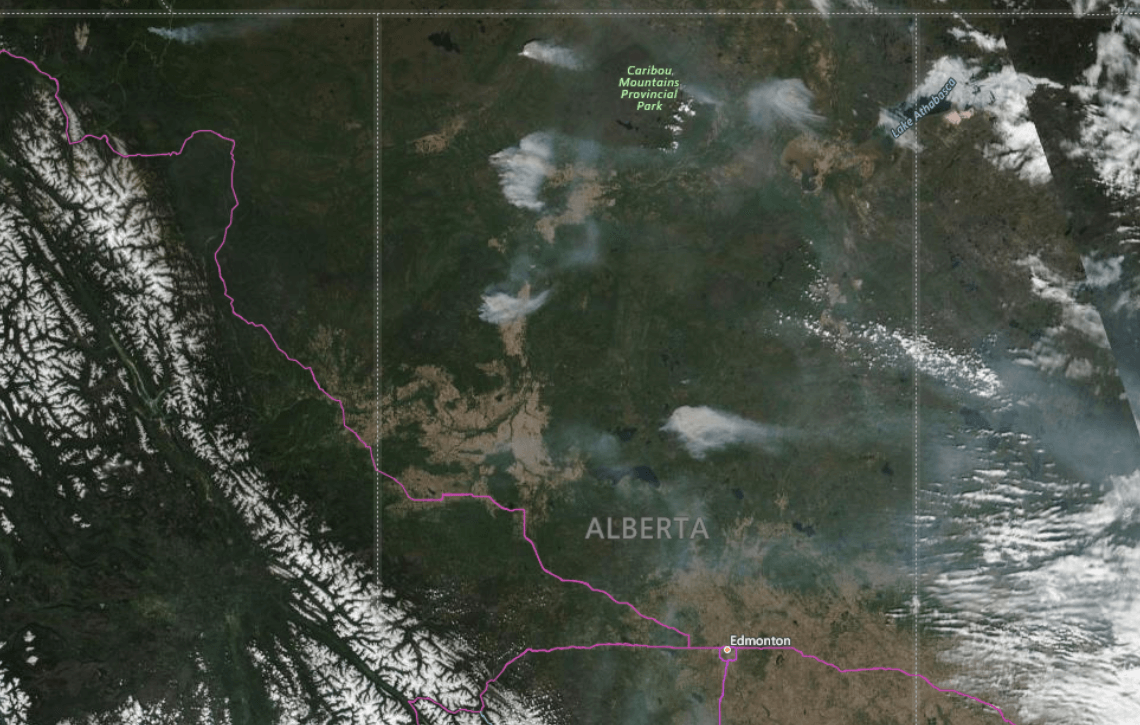