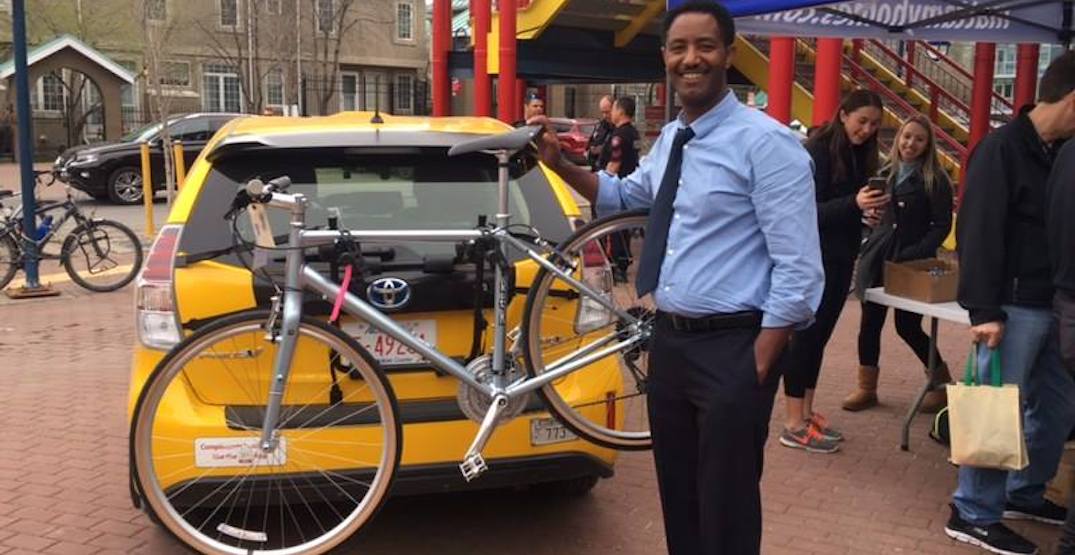 Biking is a great way to get some exercise in while saving some cash on gas — but it’s never fun to get caught in a Calgary downpour when your only form of transportation is those two wheels.

Now, instead of trying to track down a bus with an empty bike rack, Calgarians will be able to just hop in a cab to get them, and their bikes, home safely.

Checker Cabs has launched a bike rack initiative starting today, which also happens to coincide with Calgary’s Bike To Work Day. Half the city’s fleet will be outfitted with the racks, with 200 vehicles expected to feature them by the end of this weekend, and 450 by the end of May.

“We’re always looking for ways to better serve our customers, and we heard from them that this would be a real value-added service,” said Checker President Kurt Enders in a release.

“Having a cab with a bike rack just takes away the worry of how they’re going to get their bike home.”

The cabs with bike racks will be able to fit two bikes per vehicles, will be at no extra charge, and can be requested when calling to reserve the cab or by choosing “Cab With Bike Rack” in the company’s mobile app.

The racks will be removed in October, giving Calgarians a bit more freedom to take their bikes out for a spin this summer.

Because it’s Bike To Work Day… nobody said anything about biking back home from work. Right?