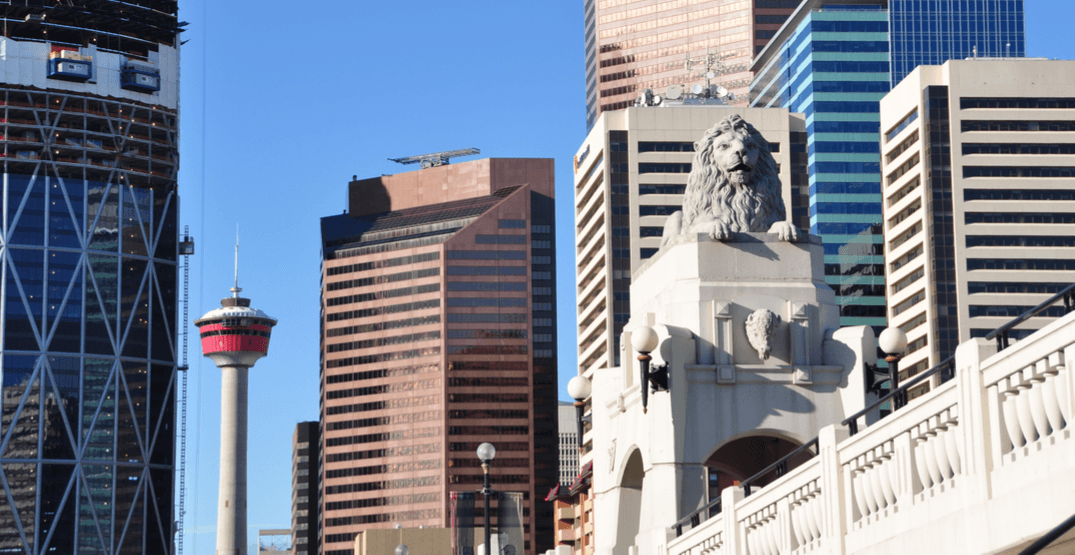 Rotary Park just became home to a 100-year-old lion — though it’s nothing to be frightened of.

The lion is one of four that originally adorned the Centre Street Bridge between 1917 and 1999, created by sculpture and city employee James Thompson.

The lions were removed when the bridge underwent renovations at the turn of the millennium. It was found that none of the lions were fit for returning to their long-time home, according to a release from the City of Calgary.

Decades of Calgary’s fierce freeze-thaw cycle and near-constant vibrations from traffic on the bridge had left the lions brittle and falling apart, and though one of the sculptures was in fit enough shape to create a mould — which is how the bridge has four new, identical lions sitting where the old ones once were — all four of the originals were in need of some serious rejuvenation.

The “healthiest” lion was relocated to the entrance of the Calgary Municipal Building, and the other three were put into storage.

Now a second lion is finally seeing the light of a Calgary day once again, being freshly refurbished and placed in Rotary Park.

“It’s a lovely space for Calgarians to enjoy,” said Jennifer Thompson, the leader of the public art project.

“We hope members of the community will come out to welcome the lion back to the area and pay tribute to this important cultural and historical artifact.”

The lion now sits atop a bluff in the park overlooking his original post on the bridge, and while visitors can already go take a look (and a picture) of the lion at its new home, the city will be hosting an official community celebration on September 29 from 11 am to 2 pm.

The event will feature the Rotary Park band, a historical tour, and a lion dance from the Chinatown community among other activities.

The remaining two lions may not be stuck in storage for long, either, as the release states that “because of their historical significance, The City of Calgary is committed to implementing the most appropriate plan for the future of the remaining Centre Street Bridge lions.”