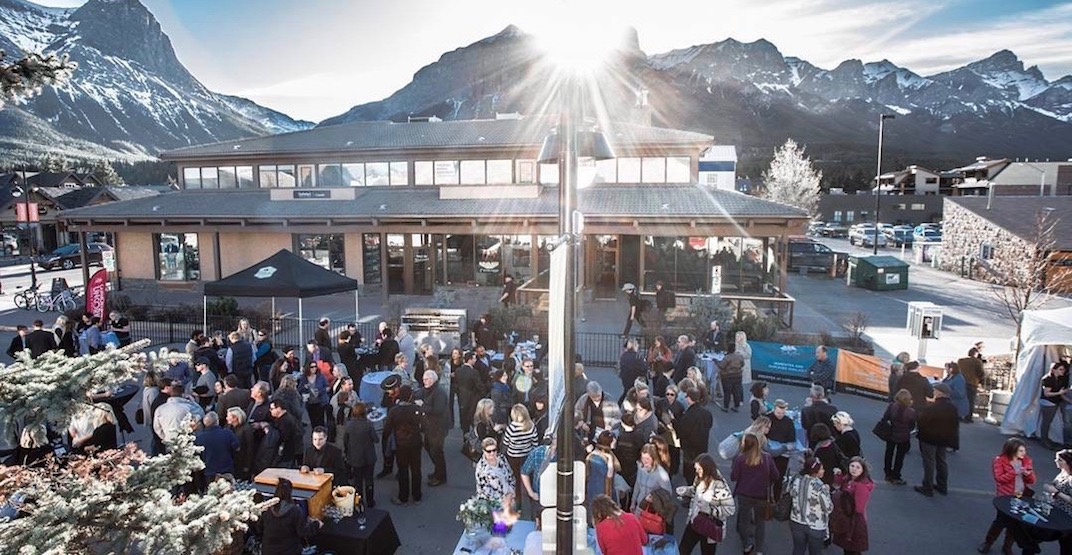 A new ranking looking at 415 communities across Canada has landed three Alberta locations in the top 30.

According to Maclean’s Best Communities in Canada, St. Albert, Canmore, and Calgary placed 23, 28, and 33, respectively.

Coming out on top was Ontario’s Burlington, with the article stating that the city is home to a lot of manufacturing employers, and also “offers access to the natural environment, something that can be hard to come by without spending hours in the car in other parts of the GTA.”

Maclean’s added that the city is part of the Halton region, which has some of the lowest crime in the country.

“It’s got great weather—at least when you compare it to the rest of Canada—with relatively warm and dry winters and summers. And residents enjoy great access to health care and the amenities of the big city, including entertainment options,” read the ranking.

In order to come up with its ranking, Maclean’s gathered data on the 415 communities across the country and compared them in the following categories: Wealth and economy, affordability, population growth, taxes, commute, crime, weather, access to health care, amenities, and culture.

Grimsby, a town on Lake Ontario between Hamilton and St. Catharines, took second place thanks to “great weather, an engaged community, and a fast-growing population. Residents of Grimsby enjoy access to the region’s strong economy and quick driving times to the border as well as the benefits of life in a smaller town on the waterfront.”

The city of Ottawa came in at third due to “its stable, government-fuelled economy and affordable cost of living.”

It was followed by Oakville, Ontario, and in fifth is a town in Simcoe County, New Tecumseth.

In fact, cities and towns from BC and Ontario swept the first 22 places in the ranking, only being ousted by St. Albert come the 23rd place.

Quebec didn’t see a place on the ranking until Deux-Montagnes took 36th, and Saskatchewan was left off until Weyburn placed 45.

Check out the top 30 communities in their 2019 ranking below. 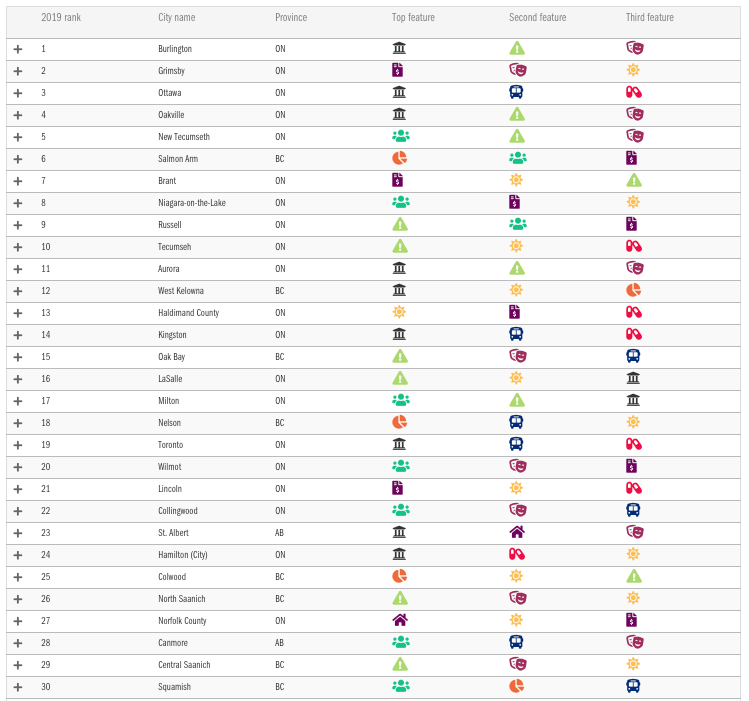