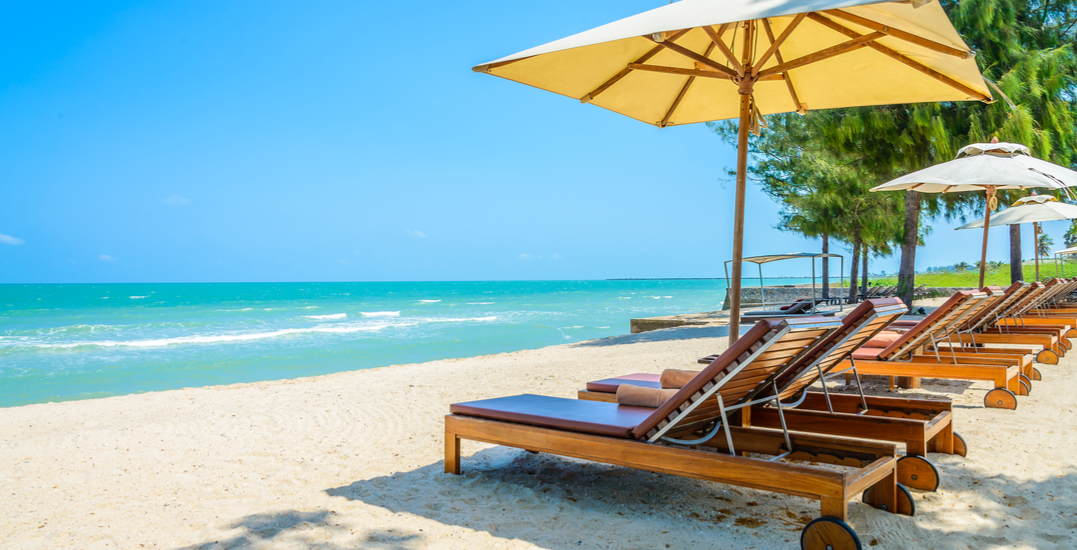 As winter sneaks up (and rather quickly), Canadians are becoming more confident that they would rather chill on vacation.

The third annual Canadian Winter Vacation Confidence Index by Allianz Global Assistance shows that 47% of Canadians plan to take a break this winter, a six-point increase from last year.

The travel insurance and assistance service conducted the survey at the end of this past October and found that winter vacation confidence is highest among Albertans (53%) and lowest in British Columbia (41%).

According to the report, most Canadians (35%) say the reason they want a winter vacation is to relax and retreat. 25% claimed they would be visiting family and friends whereas 20% said they would explore new places. Only 15% of pollers said their trip would be to escape the cold and snow. 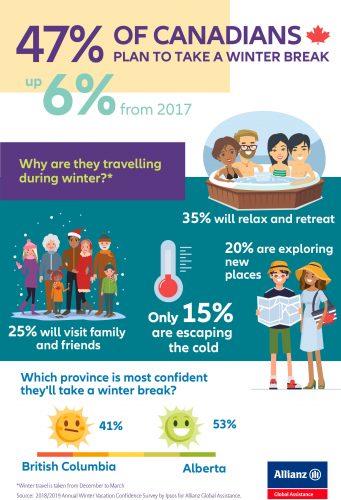 Respondents in Saskatchewan and Manitoba however, was much higher, revealing that 28% are planning on taking a trip to escape Mother Nature’s winter.

“Canadians are becoming more confident about their ability to take an annual vacation, and 70% of us believe that annual vacations are important, but there is still a large deficit when it comes to reality,” says Dan Keon, Vice President, Market Management, Allianz Global Assistance Canada. “Surprisingly, 31% of Canadians have not had a vacation in more than two years, but it is encouraging to see that down from 36% in 2016. However, only 56% of us actually took a vacation in the past 12 months.”

When asked about the main reason for not taking a vacation, almost two-thirds of respondents (65%) indicated that it was for budgetary reasons.

“Cost is certainly an issue when considering a vacation but confidence in the economy may account for the increase in Canadians who said they will take a vacation this season,” adds Keon. The Conference Board of Canada reported in October that Canadian consumer confidence had risen 4.6 points, the highest since February 2018. “Spending has remained the same over the past three years but confidence in the ability to actually take a vacation has been increasing. On average, Canadians spend $1,000-$3,000 on their winter vacations (48%) with 13% spending $500-$1,000.”

A major factor in Canadian’s confidence in taking a vacation within the next 12 months relies on both age and location. Confidence for vacations within the year is highest in Alberta and Quebec at 75%, followed by Ontario (71%), BC (69%), Atlantic Canada (66%) and Saskatchewan/Manitoba (61%).

Millennials have the highest confidence in their ability to take a vacation (58%) compared to Gen Xers (46%) and Boomers (40%), with men more confident than women at 55 and 40% respectively.

The findings of the Canadian Winter Vacation Confidence Index are the result of an Ipsos poll conducted on behalf of Allianz Global Assistance Canada. A total of 2,005 surveys were completed among Canadian adults between October 23 and October 29, 2018.