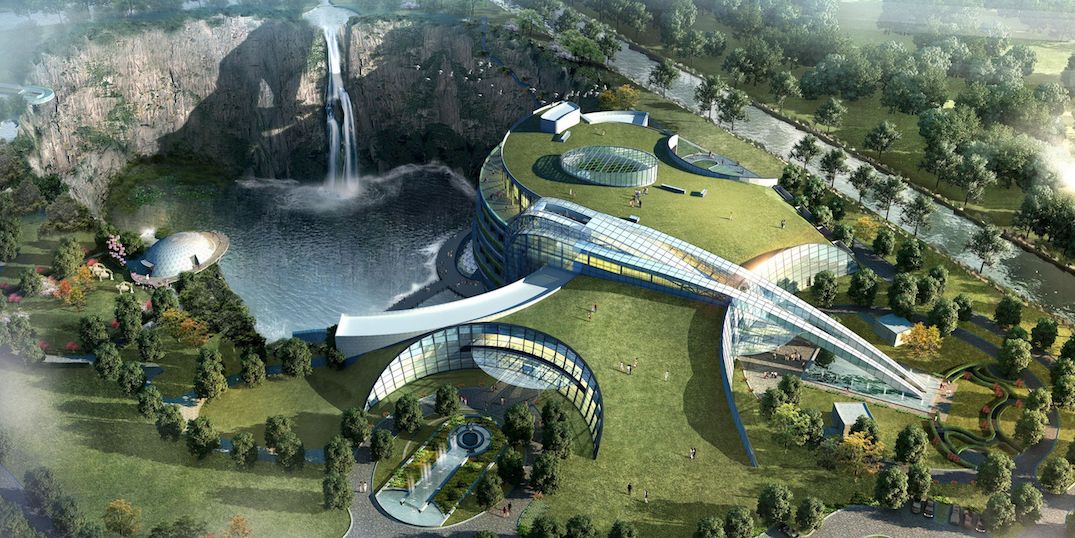 Forget skyscrapers – what about a groundscraper?

After ten years of construction, a new hotel has opened in China with 336 rooms and 18 floors… 16 of which are below the earth’s surface. 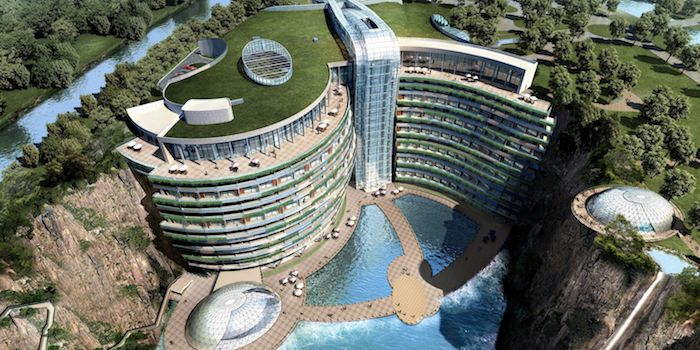 The InterContinental Shanghai Wonderland Hotel is the world’s first hotel to be built in a quarry. It’s bringing luxury to a whole new level, and that level is 289 feet into the ground. 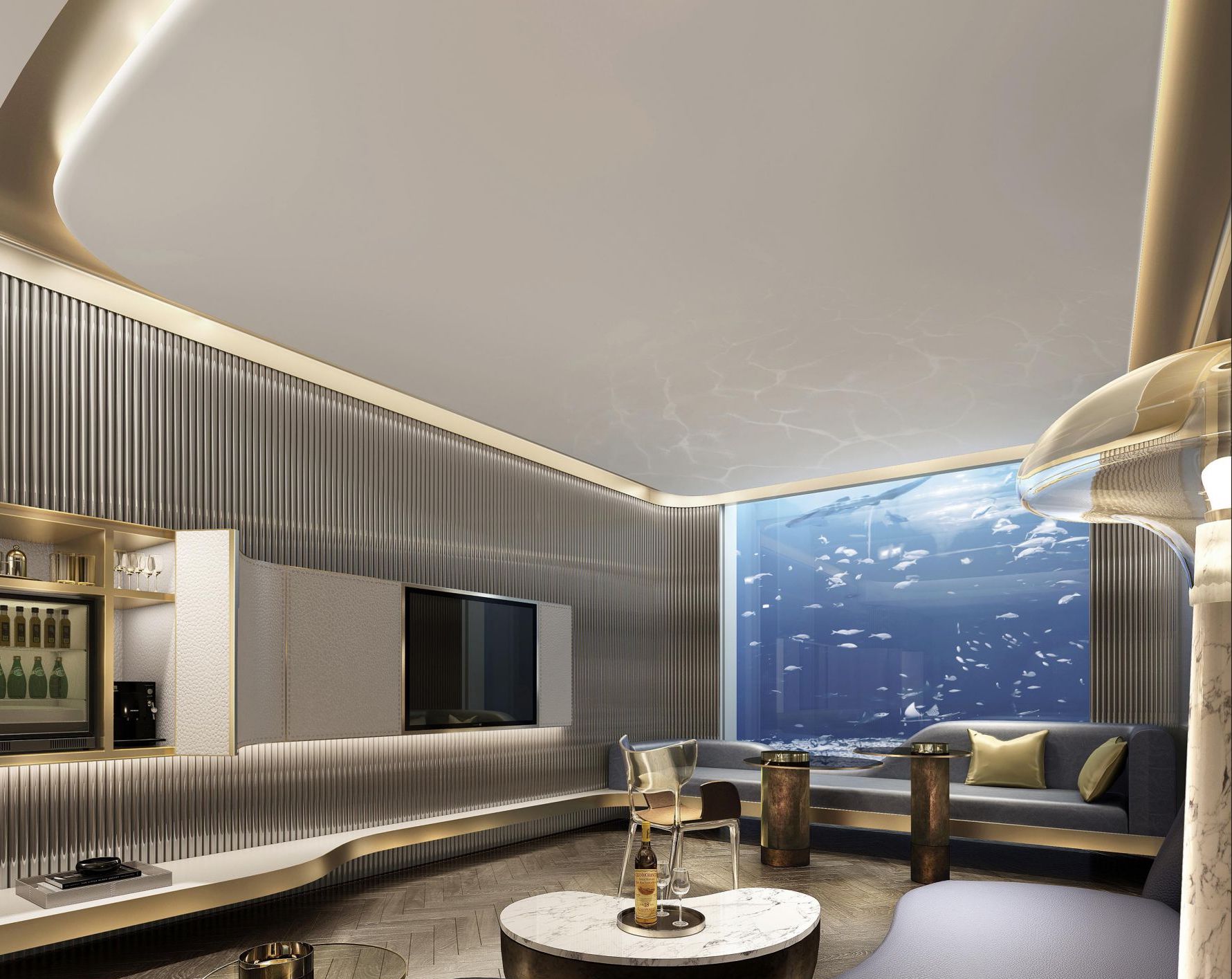 The bottom two floors feature underwater suites (move over, Maldives) where you can watch the fish swim by in the surrounding aquariums, or eat at the underwater restaurant, Mr. Fisher. 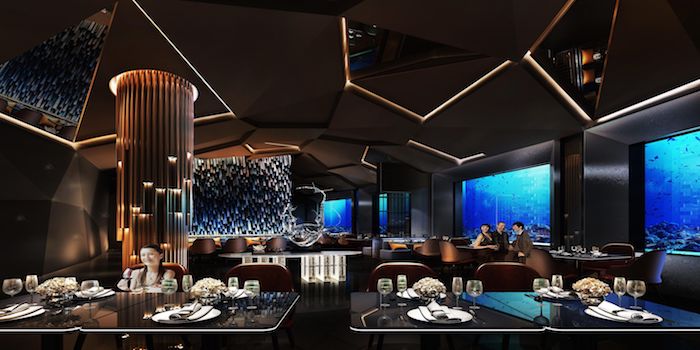 Costing a casual 2 billion Chinese yuan (over $380 million CAD) to make, this hotel has been built in a previously abandoned quarry in the Sheshan Mountain range about 30 km southwest of Shanghai.

The most basic rooms are priced at 3,888 yuan ($742 CAD) per night, or nearly half of the average local monthly income. 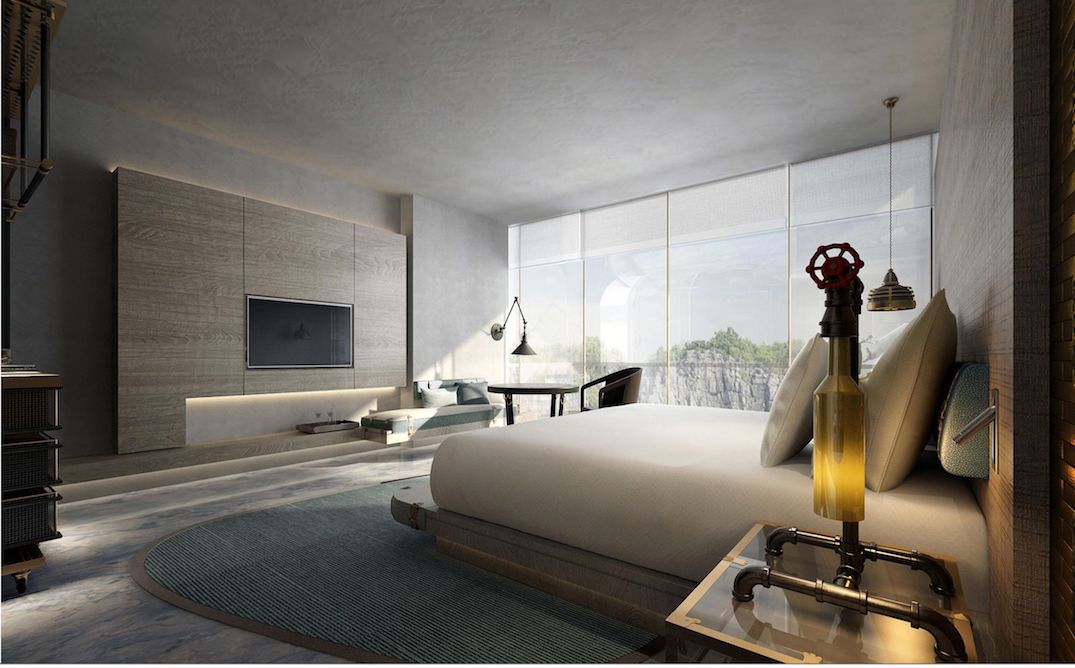 Guests can enjoy a drink in the hotel bar, aptly named The Quarry. There are also rock climbing and kayaking facilities, as well as a staircase where guests can walk to the bottom of the quarry.

This Wonderland is now open to the public so if you ever wanted to live your best life in a giant pit in the earth, now’s your chance! 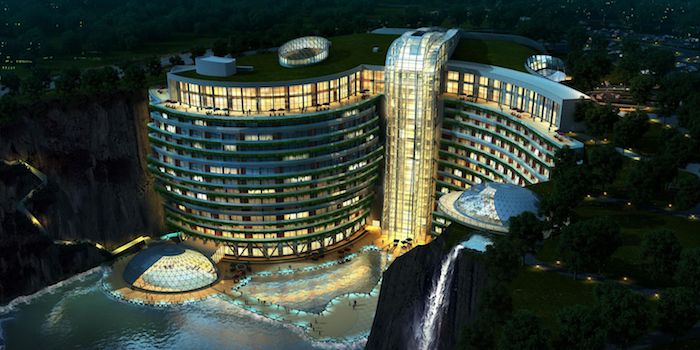