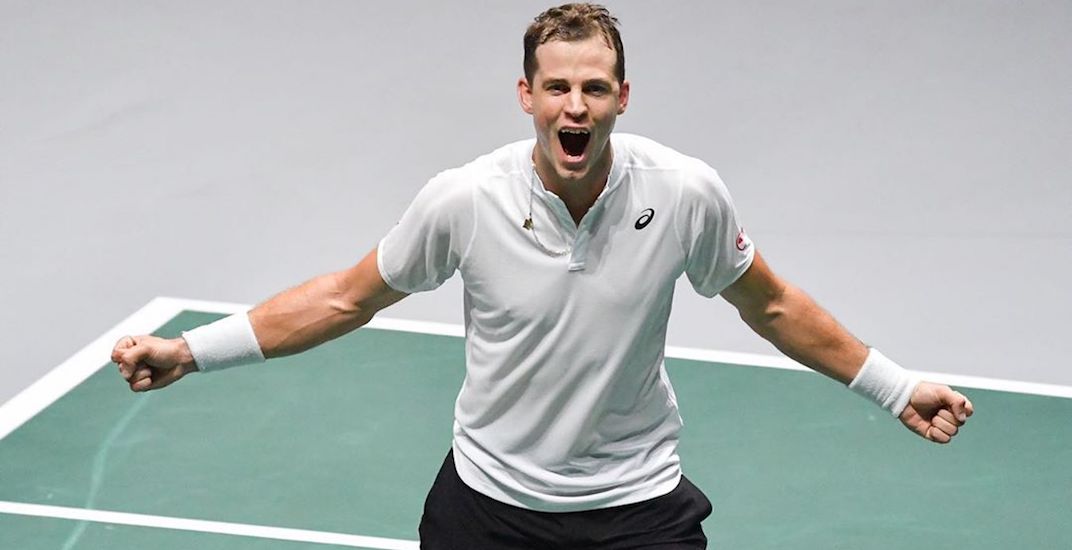 One of the biggest names in Canadian tennis will be in Calgary next month.

British Columbia-born Vasek Popisil will be competing at the second annual Calgary National Bank Challenger next month, according to a release from the organizers of the tournament.

Popisil was recently named Postmedia’s Male Athlete of the Year in 2019 after defeating Karen Khachanov in the 2019 US open and going on to win titles in Las Vegas and Charlottesville.

Popisil also made history for Canada by advancing to the final round of the Davis Cup alongside Denis Shapovalov.

“I’m extremely excited to play in the Calgary National Bank Challenger at the Alberta Tennis Centre in February,” said Pospisil in the release.

“I’ve heard that the organizers run an incredible event and that the crowds and tennis community in Alberta are amazing. I can’t wait to be a part of it.”

The inaugural Calgary National Bank Challenger was held in 2018 at the OSTEN & Victor Alberta Tennice Centre, and saw over 6,500 tickets sold and 140,000 live-stream viewers.

This year’s upcoming event is expected to host a number of men’s professional tennis players vying for Association of Tennis Professional rankings, as well as a number of activities for attendees.

A doubles clinic will be held by World No. 1 Doubles Player Daniel Nester, and KidSport Society of Calgary will be on scene with events raising money to support children in the community.

“Pospisil demonstrates the calibre of talent we host through this exciting tournament, and we look forward to yet another successful event celebrating and recognizing professional tennis in our country and around the world.”

The full lineup of players expected at the tournament will be announced at The CORE Shopping Centre on February 10 at 10:30 am.

The tournament will be held from February 24 to March 1, and tickets are currently available online, starting at $20.