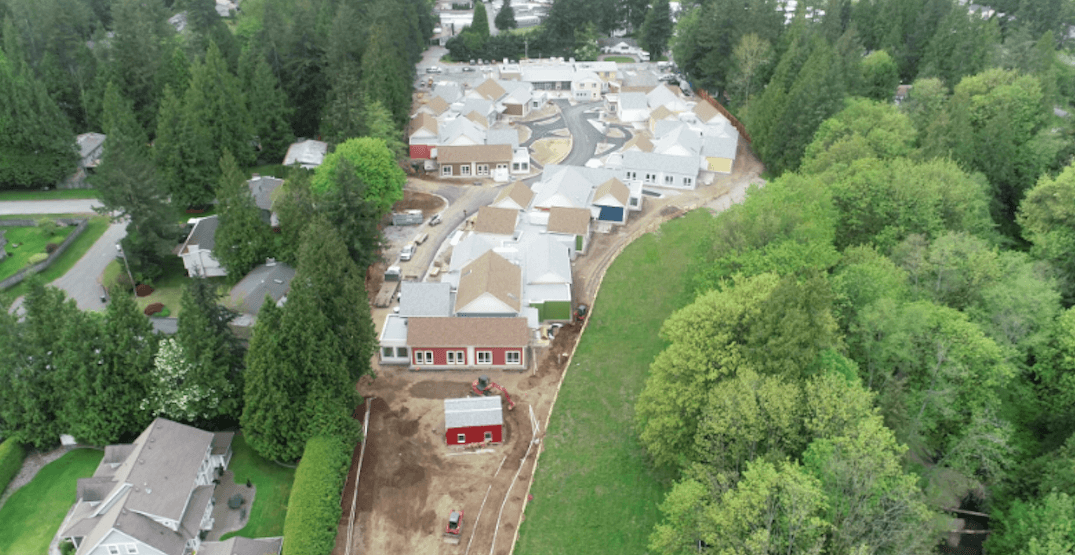 A new community development in Metro Vancouver – the first of its kind in Canada – is set to open its doors this summer.

The Village Langley, located about an hour from Vancouver, is what those behind the project are referring to as a “memory care community.”

Now, a spokesperson for the development confirmed with Daily Hive that the facility will open for operation in the first week of August.

The project –led by Elroy Jespersen – is striving to be one of the “first of many” that help shift the paradigm of how elders receive care and support in Canada.

“We don’t want the primary focus to be on a person’s disease or disability, but on how The Village is a great place for people to live despite any disease or diagnosis they might be living with,” said Jespersen. “We want to enable and enrich each resident’s living as much as possible for as long as possible.”

The Village Langley is the creation of a local seniors housing group, and takes its inspiration from the world’s first Dementia Village, de Hogeweyk, located in Holland, as well as from the Green House Project in the US.

Situated on seven acres, the privately-funded community will be home to 76 people who are living with dementia or related cognitive conditions.

Supported by 72 staff, the residents live together in six single-storey cottages, which have been designed to be like a normal home.

Commonly known as the Household Model, each of the 7,000 sq. ft. cottages have all the elements of a typical home, including private rooms, a communal kitchen, a harvest-style dining table, activity spaces, a fireside lounge, and a library.

The cottages themselves are centred on a Village Plaza and Community Centre that is the activity hub of the community, which includes all the elements typical of a “Village” including a grocery store, a café/bistro, a salon, workshop, activity rooms, and an art space

The grounds include places to go and be active as well, including a barn with animals, a huge veggie patch, activity lawns, water gardens, sensory gardens, and lots of pathways.

“What we want is to create a space where people can live life to the best of their ability in their own way,” said Jespersen. “Everything in this project is designed around people and in enabling them to live life as normally as possible. Their lives and needs should come first.”

The project is a product of a partnership between the family-owned Canbrit Developments, and Verve Senior Living, a 40-year veteran of the seniors housing business in Canada who will be operating and managing the community.