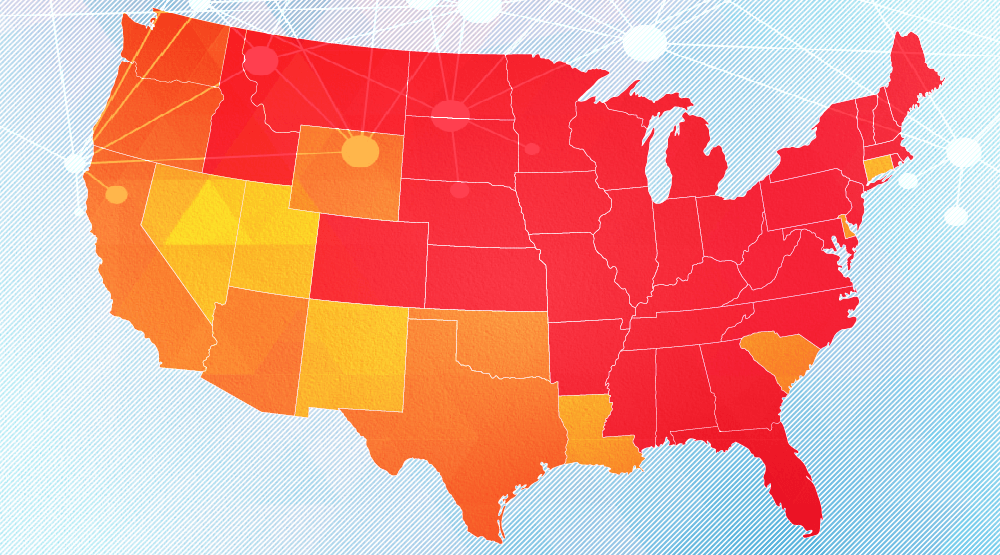 Canada is the top export destination for 35 states

If headlines for Donald Trump’s first week in office were tossed in a word cloud, “wall,” “immigration,” “pipeline,” “protest,” “Kevin O’Leary,” and “Canada” would show in the largest font.

Let’s pick it up on the most latter – that’s us! – otherwise known among US foreign trade policymakers as “big country we send stuff to (exports) and get things back from (imports).” Around $900 billion in stuff and things combined.

In 2015 we voted for a liberal champion of global free trade. In November 2016, our neighbours to the south voted for a leader whose economic policy is “America first” protectionism. One of Trump’s first orders of business will be to renegotiate the North American Free Trade Agreement (NAFTA) and swing a better deal for the United States.

Canada is America’s most valuable trade partner by a large margin – the entirety of the European Union aside – so common sense suggests it would be in Trump’s best interest to ratify a free trade agreement that remains mutually beneficial.

But that’s not a guarantee. While “things should go well for Canada,” according to Stephen Schwarzman, who chairs the President’s Strategic and Policy Forum, others think we could be “collateral damage” as the US focuses on Mexico as its top free trade target.

Canada is considerably more dependent on NAFTA than the United States, so there’s pressure on Trudeau to play some hardball during negotiations with Trump. “Now is the time for Prime Minister Justin Trudeau to take a principled stand,” remarked a Mexican congressman in in warning Canada that Trump will eventually turn on the country during trade talks.

The details of any scrapped, modified, or new free trade agreement will develop in the coming weeks, but let’s take a quick look at just how much the two countries rely on each other.

Nearly 9 million U.S. jobs depend on trade and investment with Canada, and Canada is the top export destination for 35 states. While we need NAFTA more than the Americans, keeping trade favourable for Canada might be Trump’s most effective protectionist policy.

Is Maine safe from Lobster overpopulation? Who’s going to use all of Minnesota’s needles? Where’s Iowa going to send its corn? Mexico certainly doesn’t need it.

We looked at each American state’s primary export to Canada and where Canada ranks among countries those states trade with. We fall outside the top three in only two states, which is largely the result of geographic inconvenience (Hawaii and Alaska).

Check out our heat map below showing which US states are most reliant on Canada as a trading partner: 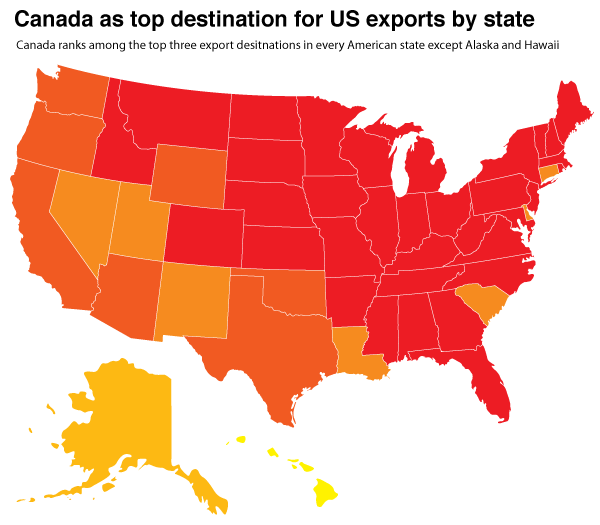