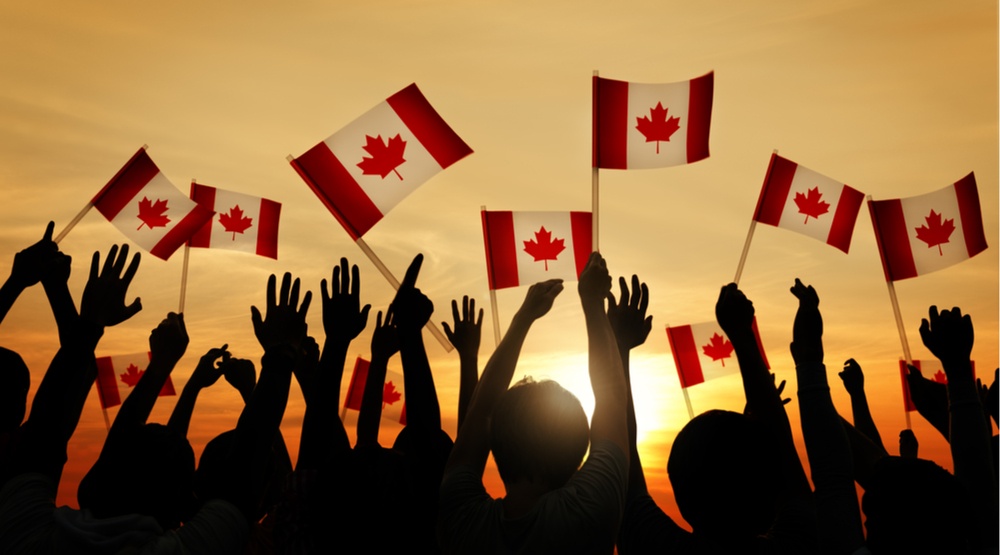 According to a new government release on immigration and diversity, by the year 2036, nearly half of all Canadians could be immigrants or their Canadian-born children.

The release draws on two reports, including Immigration and Diversity: Population Projections for Canada and its Regions, 2011 to 2036.

That report found that if current immigration levels continue, the proportion of Canadians who were born overseas could reach between 24.5% and 30.0% in 2036.

This projected increase is forecast to have a domino effect on the second-generation population, or children who have at least one parent who was born abroad.

According to the report, the proportion of the population who are Canadian-born children of Canadians who have come from overseas could be 19.7% by 2036.

Combined, the report estimates, Canadians who were born abroad and their Canadian-born children could therefore account for between 44.2% and 49.7% of the population by 2036. 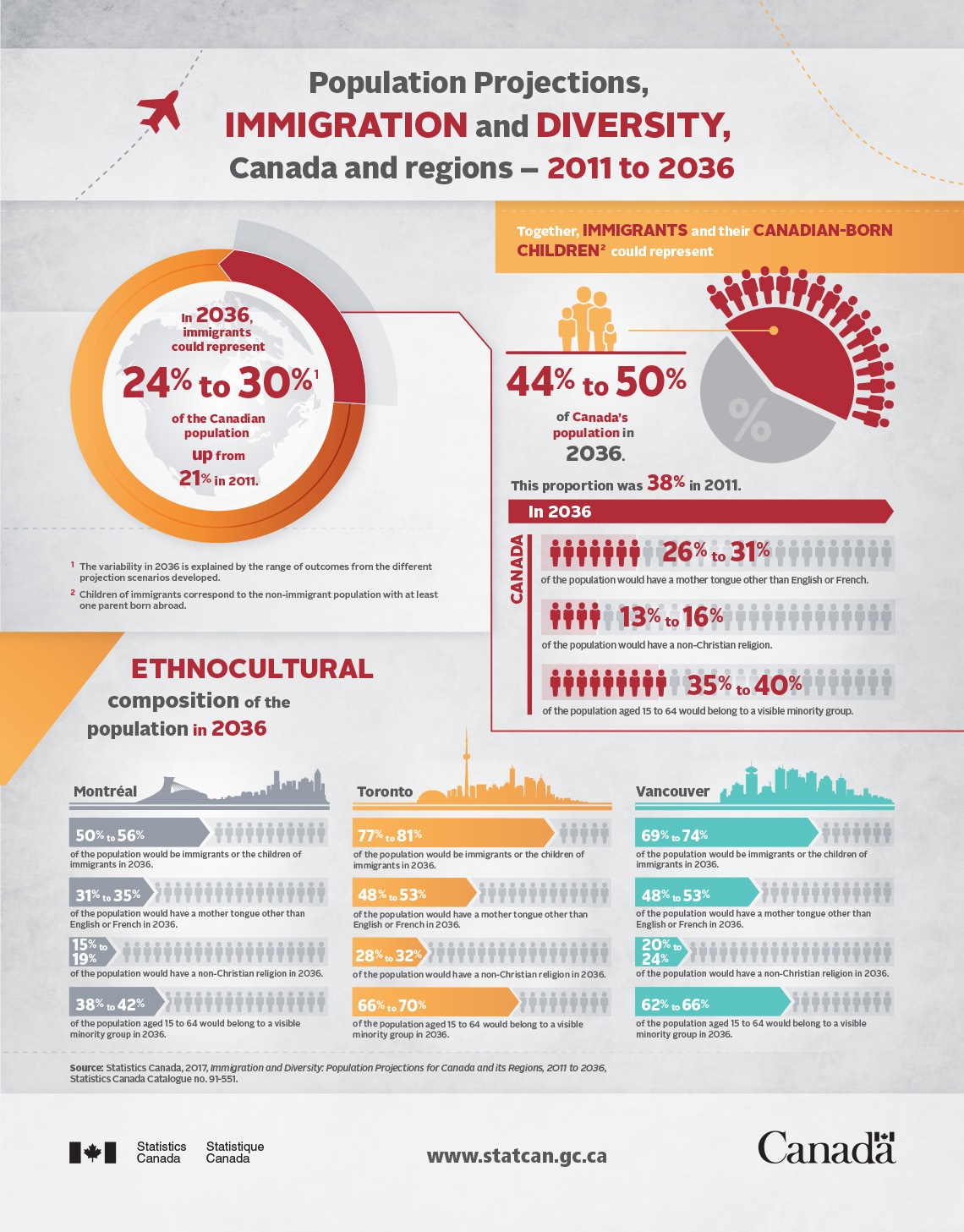 The release also draws on another report, titled Language Projections for Canada, 2011 to 2036, which presents projection results for the evolution of languages in Canada.

This report found that if current trends continue, by 2036 more than a quarter of the Canadian population might not speak English or French as their mother tongue.

According to census figures dated 2011, the proportion of Canadians whose mother tongue was neither English nor French was 20%.

However, by then, said the release, between 45% and 48% of Canadians with other mother tongues would have adopted English or French as their home language anyway.

Meanwhile, those with French as their first official language is projected to fall from 23% in 2011 to 21%. 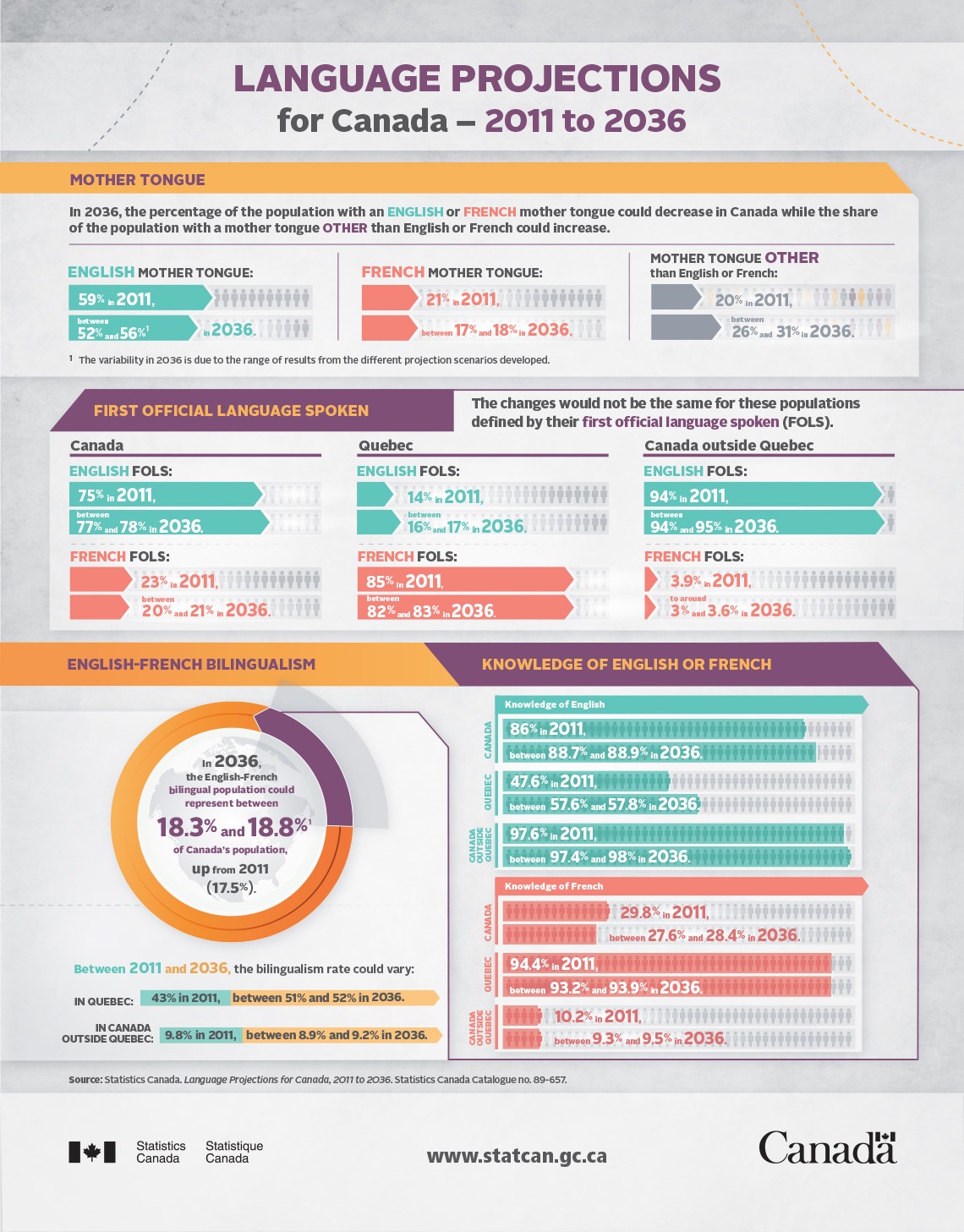