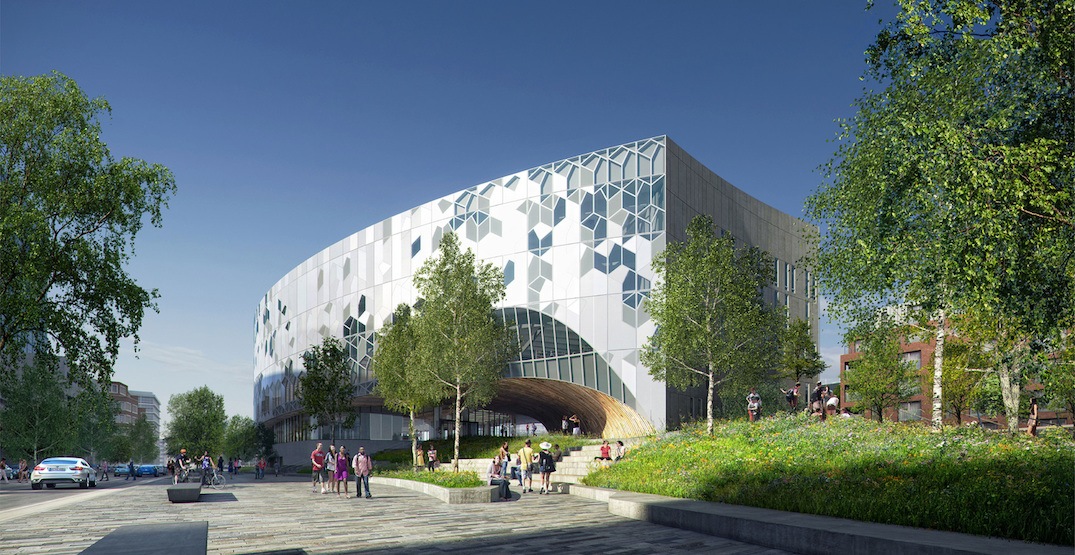 The New Central Library is well on its way to being completed, and anyone who has walked by Olympic Plaza can attest to its eye-catching style.

A recent update from the Calgary Municipal Land Corporation (CMLC) – the organization in charge of the building’s design and construction – marks the opening day as November 1 of this year, with two large-scale steps recently being taken towards completion.

In a release from February 28, CMLC stated that the temporary shell created in 2015 to encapsulate the LRT line will finally be removed, allowing visitors the ability to see the train travelling underneath the building.

“Building atop an active train line was hailed as a first in Calgary downtown development and engineering when we built it,” said Michael Brown, the president and CEO of CMLC, in the release.

“With the removal of the final temporary structure, you get an uninterrupted view of the train as it enters and exits the site and a real appreciation for how the design of the building seamlessly envelops the LRT operation.”

The second step being taken is furnishing the gigantic building with tables and chairs. This operation has a budget of $1.7 million. According to the release, the building will feature a total of 27 types of tables and 31 types of chairs – and, yes, that is including “something appropriate for the grand traditional reading room at the top of the library” for anyone hoping to relax in something especially cozy.

The choice in furniture was spearheaded by DIALOG and Snøhetta, two design consultants overseeing the building’s general aesthetic.

Given the sleek look that the building’s exterior is already showing, we don’t doubt that the inside will look just as stylish.

There’s still a few months to go before opening day, but we’ve thrown together a few shots of the soon-to-be-finished building as a sneak peak.