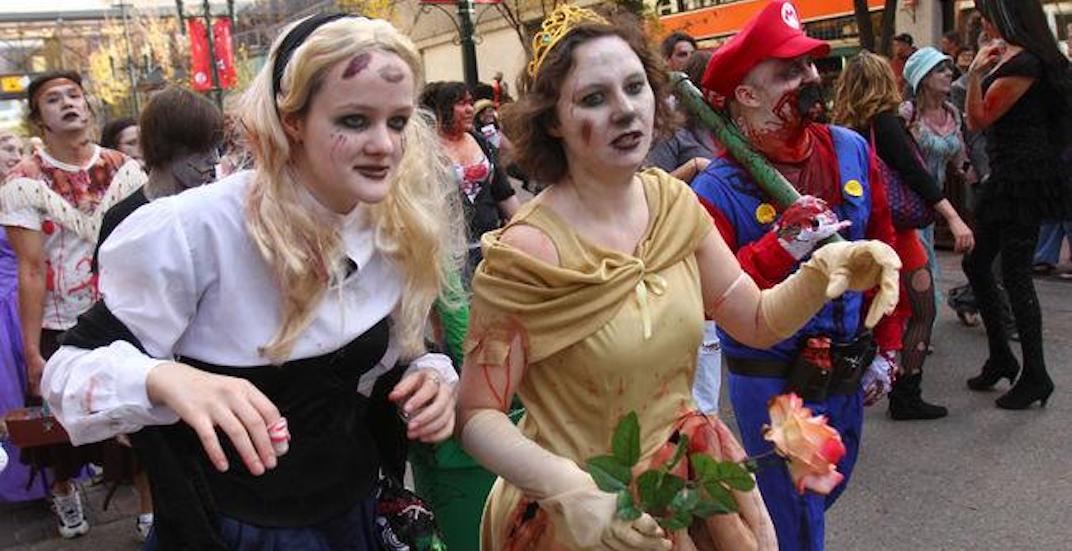 Don’t worry, there’s no need to barricade your doors; the zombie horde that will invade Calgary on Saturday is not actually infected… we hope.

Calgary’s annual zombie walk is back to haunt the living, with an undead army of more than 300 strong confirmed on this year’s Facebook event.

Not a professional make-up artist, or don’t have any blood to spare? The organizers have got you covered with face-painting on scene to zombify you right up. 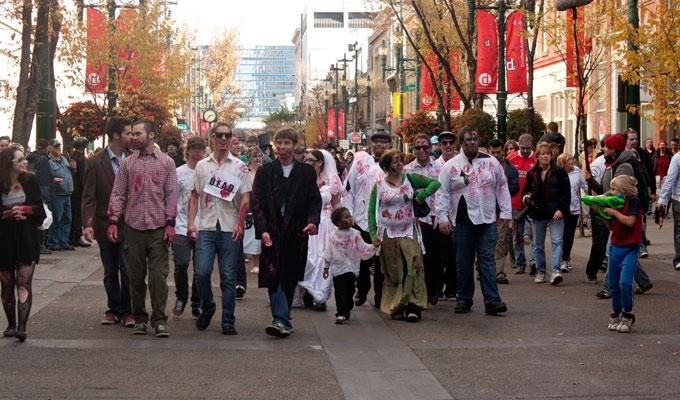 You can also get a make-up kit for 15% from Don’s Hobby Shop, which is sponsoring the event.

This will be the 12th year since the walk started in 2005 – won’t these zombies ever die!? –and this year’s walk will follow the same path as before: Beginning at Olympic Plaza and ending at Tomkins Park.

There are a few rules for would be walkers, including no running, obeying traffic laws (because “cars down zombies”), and keeping your blood and guts to yourself.

There’s no admission fee, but food and cash donations are being accepted towards the Calgary Food Bank in exchange for raffle tickets.

So, who’s hungry for some brains? 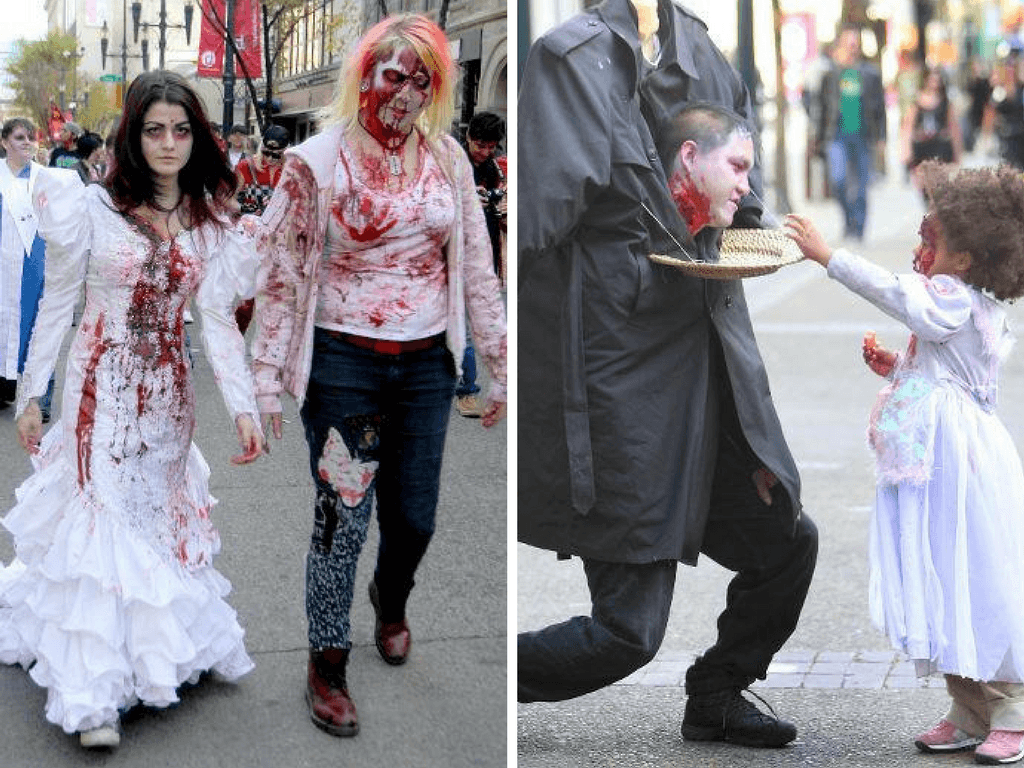 Admission: Free! But food and cash donations are welcome