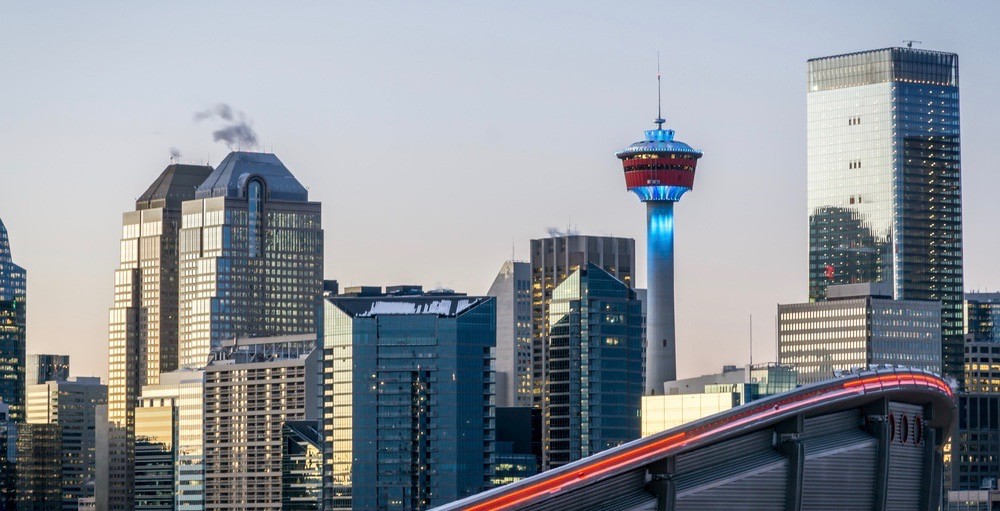 It’s going to be windy one today, Calgary.

Environment Canada has issued a wind warning for the region with gusts expected to reach up to 90 km/h later this morning.

Following yesterday’s intense windstorm in Southern Alberta, YYC will be facing somewhat calmer winds than the 150 km/h gusts that hit the area around Okotoks on Thursday — though Calgary’s 90 km/h winds are nothing to balk at, either.

Environment Canada states that the strong winds have the potential to cause significant damage to trees, properties, and vehicles if given the chance, and drivers are urged to remain cautious while out on the road.

The strong winds are expected to make their way through Calgary starting late Friday morning to early afternoon before subsiding later in the afternoon.

Wind warnings are also in place for the surrounding regions of Okotoks, Brooks, Cardston, and Airdrie, while the more westerly regions of Banff National Park and Jasper National Park are facing winter storm warnings.

But hey, at least it’s currently 8°C and mostly sunny in Calgary, right?