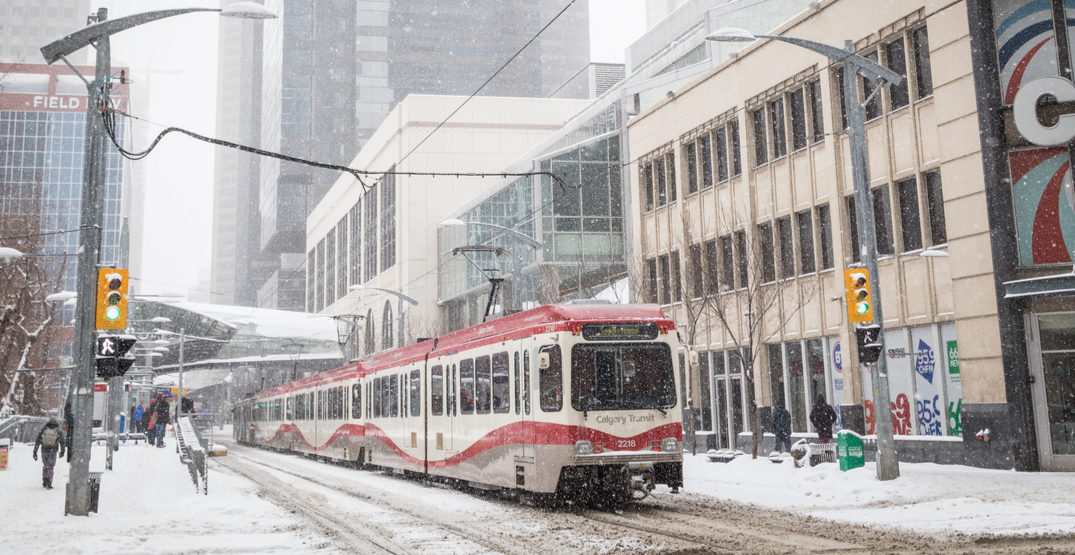 So we’re just going to go ahead and officially call fall off this year.

While Calgarians have been waiting for some relief from the sub-zero temperatures and fall snow that we’ve seen over the past few weeks, it doesn’t look like an end is in sight — at least not for the next seven days.

Our weekly weather forecast is calling for nothing but freezing temperatures and snowfall for YYC between now and Sunday, solidifying winter’s early appearance to the city.

…Which doesn’t exactly come as a surprise to long-time Calgarians, seeing as fall has always been infamously short.

Calgarians can expect cloudy skies and average temperatures of just -2°C on both Monday and Tuesday.

Wednesday brings along the week’s first snowfall (though a light one, at that), as well as a high of 3°C that may just be able to thaw out some of our frozen city. If it weren’t for Thursday, that is, which will mark the coldest day of the week with a low of -13°C and more light snowfall.

Friday follows up with a high of -3°C and a mix of sun and clouds.

Saturday sits at a cool average of -4°C with clear blue skies, and more light snow is expected to fall on Sunday.

Barring a seriously strong Chinook, it looks like Calgary will be covered in the white stuff from now until spring — whenever it is that short season decides to show up.