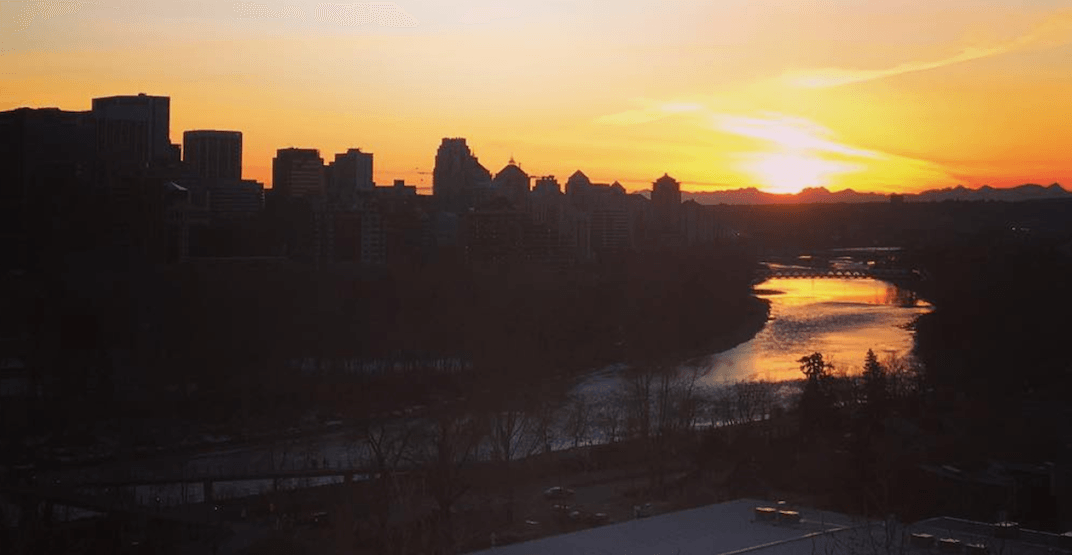 The record for the day’s highest temperature was broken on Saturday, when temperature gauges in the city shot past the highest recorded warmth of 14.4°C set in 1890, and found themselves at a scorching 15°C.

It might not be the same warmth we’re used to feeling in the summer, but it’s still 16°C higher than the average high for this time of year.

It doesn’t come as a surprise that this would be a record-breaking December for warm temperatures, as Calgary still hasn’t seen a flake of snow throughout the 12th month of the year.

Snow everywhere except where it is expected. Either climate change is showing or Mother Nature is pulling a prank! XD …. PS.. people were sitting on patios yesterday. In December. In Calgary Alberta….. in winter. pic.twitter.com/RyFZhv66ut

The rest of the week is looking to be more of the same, with sunny skies and highs ranging from 3°C to 10°C heading into the weekend.

So throw on those shades, grab a patio drink, and quit worrying about whether we’ll be having a white Christmas; it’s Calgary, the snow (and winter) is coming.