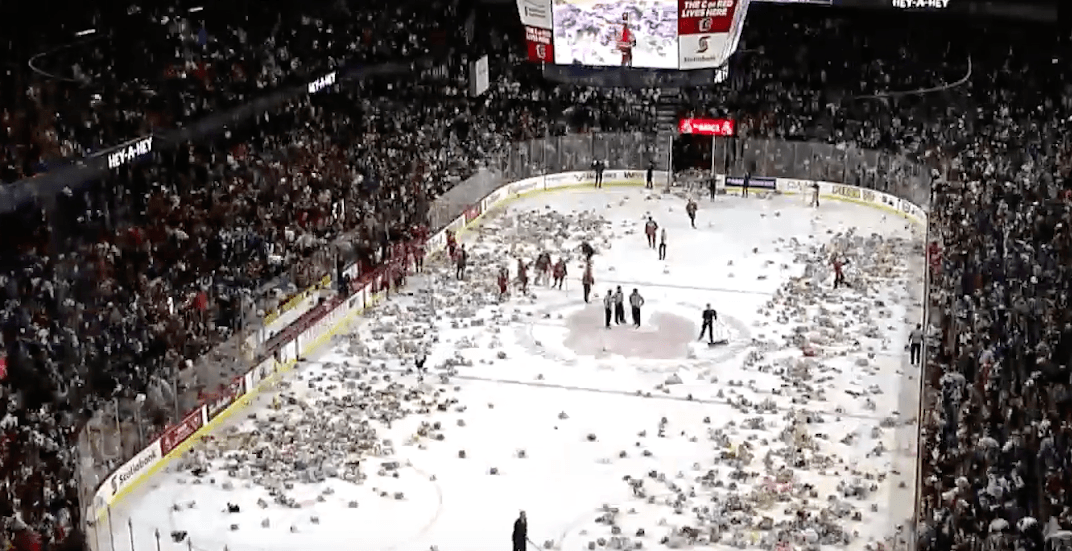 It was the annual teddy bear toss game at the Scotiabank Saddledome on Sunday as the Calgary Hitmen continued an awesome tradition.

Fans were encouraged to bring stuffed animals/toys to the Hitmen game against the Moose Jaw Warriors, and were invited to throw them on the ice after the first goal of the game.

Fans didn’t have to wait long, as Hitmen defenceman Vladislav Yeryomenko scored the opening goal midway through the first period. A crowd of 18,035 littered the ice with stuff animals.

The stuffed toys will be donated to local children with the help of over 60 agencies, including the Canadian Mental Health Association, Salvation Army, and Alberta Children’s Hospital.

Since the inaugural toss in 1995, the Hitmen have provided the community with 323,343 teddy bears.

Check out the amazing photos and videos:

.@WHLHitmen goal!!! LOVE this game! Such a heartwarming thing to see so many stuffies on the ice! #teddybeartoss #whl #yyc #seasonofgiving pic.twitter.com/xvjO3T6NKn