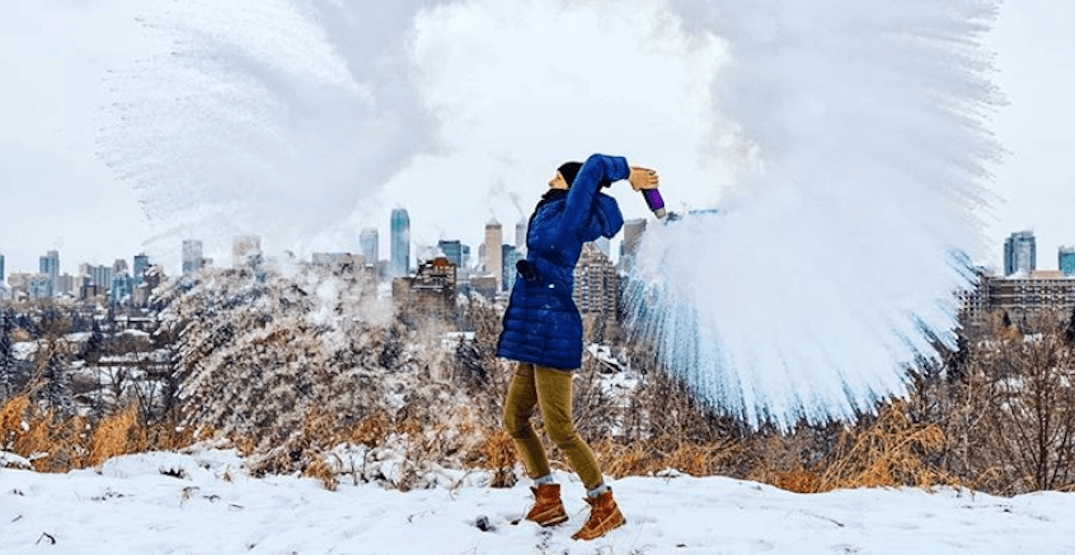 Calgary enjoyed a rather mild December (relatively speaking, of course), though with winter officially hitting as of the 21st and the holidays having come to a close, there’s nothing before us but a few cold, cold months.

As if that wasn’t made clear enough by the memories of frozen Januarys past, Old Man Winter is doubling down this week by bringing a serious temperature shift our way, according to The Weather Network.

While the city currently sits at -1°C (though feeling closer to -5°C) this Monday, the days will only get colder and colder before reaching a crescendo of skin-bitingly freezing this weekend.

Tuesday and Wednesday will both see manageable highs of -8°C, feeling a little closer to -15°C and -16°C respectively.

Cold, but not anything we haven’t dealt with so far this season.

Thursday and Friday will both see the dials drop down to -16°C feeling like -21°C — but it’s Saturday and Sunday that will really have us pulling on that third pair of socks. 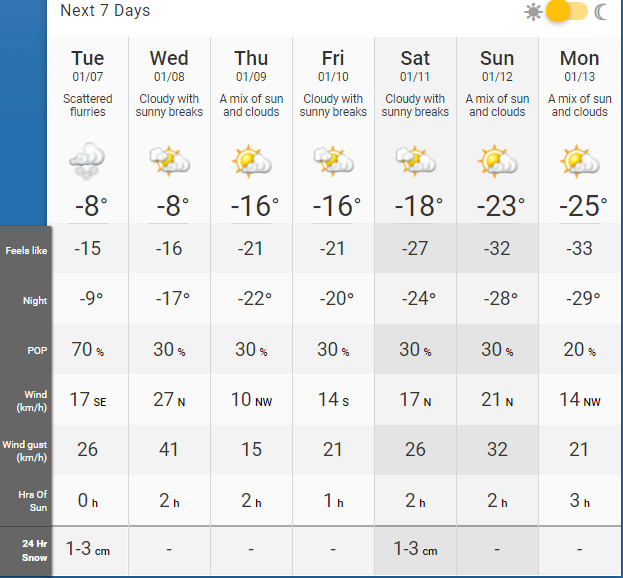 Saturday is set to see a high of -18°C that feels like -27°C during the day, while the night will drop down to -24°C. Pair that with a 30% chance of one to three cm of snow, and it will mark the coldest day we’ll have seen all year.

Though that record won’t last very long, as Sunday gets even colder. The high (if you can call it that) of -23°C will feel like -32°C, and nighttime temps will drop to -28°C.

We’d suggest staying indoors throughout the weekend, unless you happened to receive a seriously warm winter coat for the holidays.

The Weather Network shows us just a glimpse of next week in the seven-day forecast, and Monday, January 13, is looking even colder than this weekend is threatening to be.

A high of -25°C feeling like -33°C. A nighttime low of -29°C. Only three hours of sunshine peeking through a mix of sun and clouds.

It appears that winter truly is coming to Calgary.