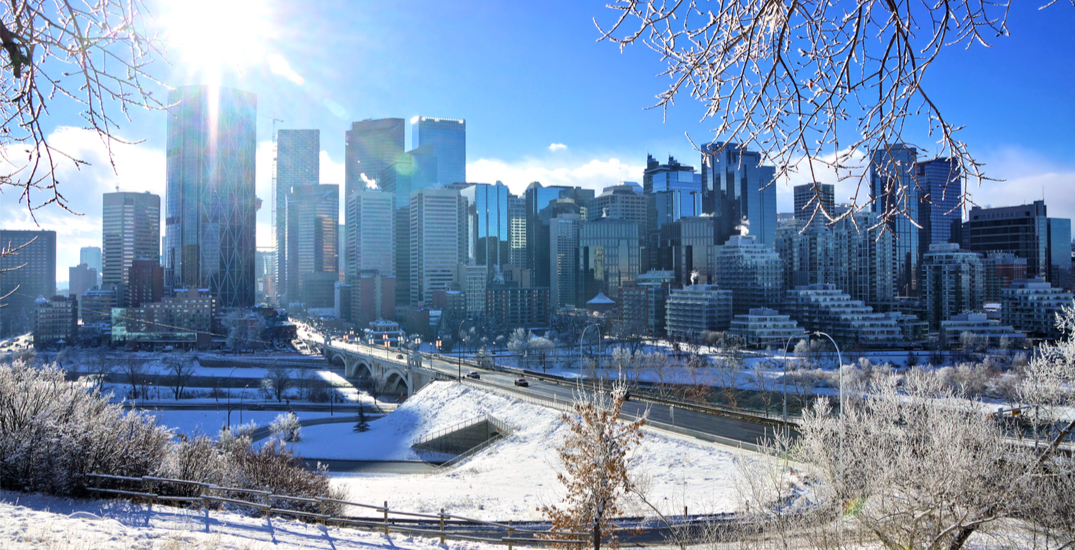 After a brief reprieve from chilly temperatures over the weekend, the weather in Calgary looks like it’s back to being cold and snowy again — until the very end of this week.

Western Canada saw plenty of ridiculously cold weather over the holidays, with temperature records broken in both Alberta and BC. Calgary warmed up beginning on New Year’s Day, reaching 0ºC, while January 2 saw a high of just over 1ºC.

It was nice while it lasted, but the snow and cold have returned with the beginning of the week, and at the time of writing it’s -21ºC with light snow in Calgary.

According to Environment Canada, temperatures are expected to drop down to -25ºC overnight on Monday with periods of snow, before Tuesday dawns just as cold and snowy. 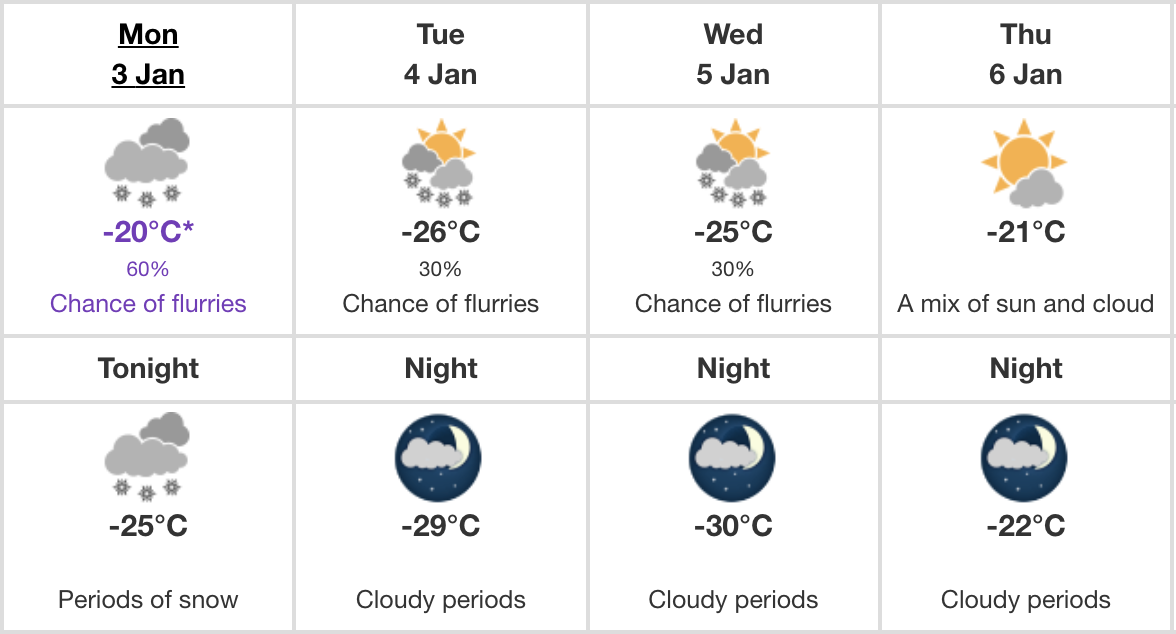 Wednesday night could reach a high of -30ºC, while the city will see some sunshine on Thursday, when a high of -21ºC and a mix of sun and cloud is expected.

Calgary’s temperature highs move up to the negative-teens later in the week, with -17ºC forecast for Friday and -14ºC on Saturday and a mix of sun and cloud on both days. 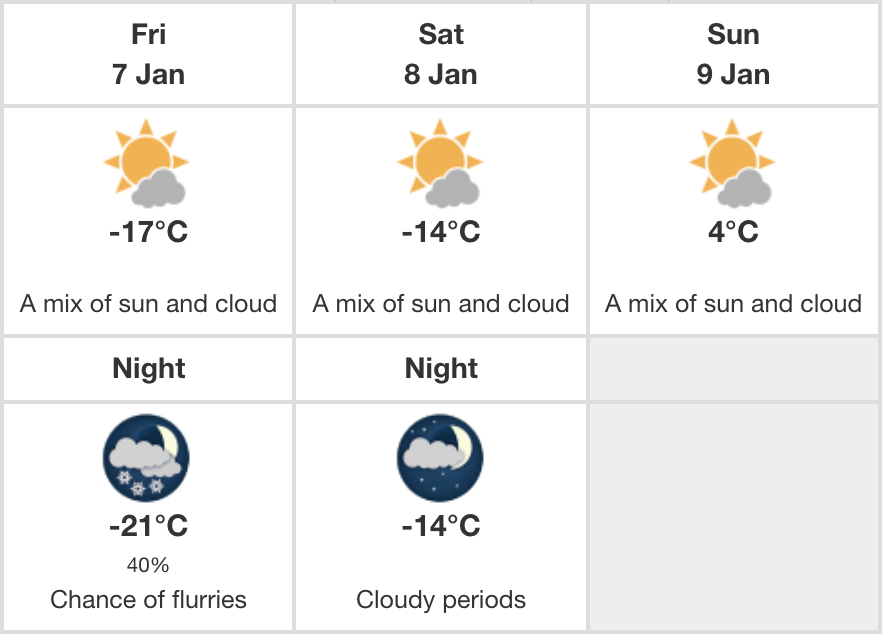 Sunday will finally offer sweet relief from the freezing temperatures, and a high of 4ºC is predicted. At this point, that’s practically T-shirt weather!

Warmer times are ahead, friends — just a few more days of this extra-wintery weather, and then Calgary will get a break (even if it’s just for a day).